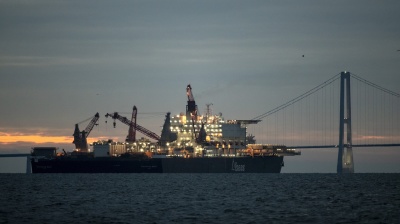 Poland’s hopes to stop the Nord Stream 2 gas pipeline were dashed last week, as Germany and France joined forces to push through a compromise wording of amendments to EU’s gas market rules that will result in the weakening of the bloc’s joint control over the controversial project.

Bickering over the pipeline, which will allow Russia to export gas directly to Germany via pipes laid on the Baltic Sea bed between the Russian town of Ust-Luga and Germany’s Greifswald, moves now to tripartite talks between member states, the European Commission, and the European Parliament.

The talks, known as trilogue in the EU jargon, are set to start on February 12. Poland will try to ensure the EU – and not just Germany, as the compromise wording has it – can hold as much authority over the pipeline as possible.

Poland, Romania, the Baltic states, as well as Ukraine, which is not in the EU, but through which a number of Russian gas pipelines run to supply Western Europe, are all opposed to Nord Stream 2. Among the eastern members of the EU, Bulgaria and Hungary – seen as pro-Russian – see no problem with the pipeline.

The opposing eastern countries say the pipeline will present Moscow with an opportunity to bypass Ukraine and thus increase geopolitical leverage over Kyiv and the region, where anti-Russian sentiment runs strong.

When the European Commission tabled amendments to the EU’s gas directive in 2017, it seemed to address Poland’s concerns over the pipeline as giving Russia too big a role in supplying gas to the bloc.

The EU’s energy mix is nearly 25% natural gas, 70% of which is imported with Russia supplying some 40% of that. The second biggest supplier, Norway, is responsible for about 25%.

The amendments would put Nord Stream 2 under EU rules stating ownership of gas transmission infrastructure must be separate from that of the commodity itself. The rules would apply to all gas projects in the EU even if they are originated outside the bloc, which is often the case, given the EU’s dependence on gas imports.

However, Germany – whose firms are heavily invested in the project – sought to exempt Nord Stream 2 from those rules. Berlin’s plan seemed unworkable because it lacked the necessary majority to challenge the Commission’s proposal – until France lent its support.

The key element of the compromise text now shifts oversight of the pipeline’s compliance with the EU law from the Commission to the country in which the pipeline will enter the EU territory. In the case of Nord Stream 2, that is obviously Germany.

That is a setback for Poland, which was pushing for a bigger EU control over the pipeline. But Warsaw can still influence changes in the proposed regulation in the trilogue, where the European Parliament will be represented by the former Polish Prime Minister Jerzy Buzek.