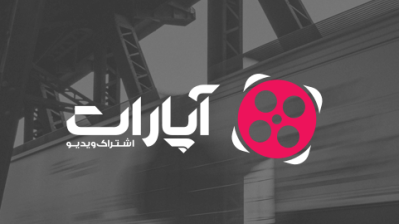 The director of Saba Idea—widely seen as the company that provides Iran’s answer to YouTube and Netflix—has been summoned to court to face charges of promoting prostitution, his Twitter account stated on December 9.

Iran blocks a range of global websites including YouTube and Netflix. That creates market openings in which local companies can develop domestic versions of online favourites. In recent years, Saba Idea has become the local market leader with Aparat, which is similar to YouTube, and Filimo, which is similar to video-on-demand services like Netflix.

Saba Idea director Mohammad Javad Shakouri, who has fended off several government agencies looking to shut down his company over recent years, now faces further legal hurdles with the Iranian Judiciary having turned its attention to Aparat and Filimo.

On Twitter, he wrote: “Location: Erhsad Prosecutors Office, Charge: Promotion of Prostitution, Dialogue: Responsibility of all videos uploaded with Aparat.”

Shakouri said that he was released by authorities after three hours of detention and after he paid bail of Iranian rial (IRR) 5bn (€38,000).

It is expected that he will face the court again in the near future.

Shakouri also questioned the legitimacy of the court.

The rial price for each megabyte downloaded from Iranian-based websites is significantly cheaper than the prices charged by foreign equivalents. This price advantage has been determined by the Iranian government as it seeks to encourage users to log on to local websites such as Aparat and Filimo.

Iran’s approach to the internet industry and internet freedom is under steady scrutiny given how national security officials took the unprecedented step of disconnecting the country from the world wide web for a week during the social unrest that broke out nationwide in mid-November after a sudden petrol price hike and petrol rationing was announced. During the blackout, much of the country’s crucial infrastructure was kept operational with the use of the state-controlled intranet, known as the National Information Network (NIN) or ‘halal net’.

Authorities in Iran have been warning that further limitations to the internet are imminent. There is pressure for locally developed applications to take over from foreign-created ones.

Brigadier General Gholamreza Jalali, head of Iran’s quasi-military National Passive Defence Organisation (NPDO), aka the Passive Civil Defence Organisation, claimed on December 9 that Israel was directing GPS app WAZE to send drivers to main roads during the recent protests instead of side streets “like it was supposed to”. He made the claim in an interview with state broadcaster IRIB’s terrestrial-only Ofogh channel.