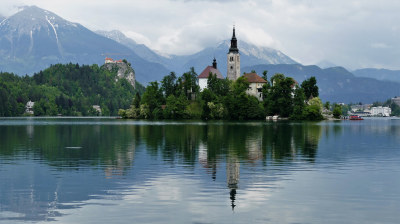 The Slovenian government expects GDP growth of 3% in 2020. The European Bank for Reconstruction and Development (EBRD) kept Slovenia’s GDP projection unchanged at 2.8% for 2020. The GDP growth is forecasted to average 2.7% in both 2020 and 2021, according to the European Commission’s more modest forecast, with the growth expected to continue to be driven by domestic demand, with a negative contribution from net exports over the forecast horizon.

Slovenia has been shifting from export-led growth to expansion driven by domestic demand. The latest trade data from the Republic of Slovenia Statistics Office showed a trade deficit both for October 2019 and for the first 10 months of the year.

While both imports and exports have been growing, for much of 2019 import growth — especially from countries outside the EU — outstripped growth of exports, amid a slowdown in some of the country’s main trading partners.

The European Commission noted that export growth was boosted by one-off factors in 2019, and is expected to be significantly lower over the coming two years. “This lower growth path is explained by lower demand from export markets, while Slovenia’s price competitiveness is expected to remain strong with labour cost growth relatively moderate compared to its trading partners,” the European Commission said in its 2019 Autumn Forecast. “Imports are expected to continue growing more quickly than exports.”

Investment growth is projected to continue at around the same pace as in 2019, mainly driven by construction investment. In the public sector, the uptake of EU funds is forecast to increase further as the programming period draws to a close.

Inflation is projected to increase slightly in 2020 and 2021.

A coalition on shaky legs

Slovenia’s government led by Prime Minister Marjan Sarec, which came to power in September 2018, is on shaky legs after the Left party (Levica) withdrew its support for the government in November 2019 due to disagreements over supplemental health insurance, which Levica wanted to be abolished.

The withdrawal of the Left party left the majority short of three MPs in the 100-seat parliament which will make it harder for Sarec to complete his four-year mandate.

Slovenia’s parliament endorsed the draft state budget for 2020-2021 on November 22 as Sarec managed to gain critical support from opposition parties which was the first test for the government. However, the obstruction continued in the upper house where the budget implementation was vetoed.

"The first test was passed, but the troubles do not end," Sarec wrote on Twitter at the time.

Opposition Slovenian Democratic Party (SDS) leader Janez Jansa said he expects "an early election sooner or later" because the government coalition is running out of "sweets" to distribute among voters, "which will cause big trouble".

Nevertheless, Jansa does not expect an early election "very soon", saying voters are tired of elections and parties financially drained. He believes that the best option will be finding "a temporary solution”. The SDS is the largest party in the current parliament but was unable to find coalition partner to form a government.

According to the latest poll in December, the SDS has overtaken the List of Marjan Sarec (LMS) and is now in the lead again for the first time in months. The government's approval rating continues to drop.

Along with other countries in the region, notably Bosnia & Herzegovina and Croatia, Slovenia is facing an increased number of migrants as according to police data, the number of illegal border crossings rose rapidly in the first half of 2019, by 47% or 1,712 more than in the same period last year. Most of the migrants came from Pakistan, Algeria and Morocco.

The central bank has said that the government budgetary plans are exposed to significant downside risks, including a possible slowdown in economic growth.

The European Commission said that in 2020, tax revenue growth is forecast to remain moderate, due to changes adopted to reduce the tax burden on labour. Higher social transfers, further public sector pay rises and higher absorption of EU funds will drive expenditure growth. In 2021, somewhat strengthening private consumption and higher wages should continue to support the surplus. The downside risks to public finances stem from expenditure pressures, particularly on wages and social benefits, and the possibility of unexpected one-offs due to unfavourable court rulings. Lower than projected economic growth could put downward pressure on revenues.

The government budget balance is forecast to remain in surplus, with a slightly improving structural balance position in the coming years.

Slovenia will issue a new 10-year benchmark government bond via a syndicate of banks if market conditions allow it, Reuters reported, on January 6. According to the newswire, Slovenia has now mandated Barclays, BNP Paribas, Goldman Sachs, HSBC, J.P. Morgan and UniCredit Banka Slovenija to lead manage the sale of the new benchmark bond that should mature in January 2030.

Slovenia previously issued a 10-year benchmark bond worth €1.5bn maturing in March 2029 back in January 2019. The bond carries an annual coupon interest rate of 1.1875% and was sold at a final price of 99.785%, the finance ministry said in a statement. The issue was oversubscribed with bids exceeding €3bn.

Slovenia’s debt-to-GDP ratio has been on a declining path since its peak at 82.6% in 2015. Supported by the low interest rate environment, active public debt management, the general government surplus and privatisation proceeds, the ratio is expected to decrease significantly from 70.4% in 2018 to 63.1% in 2020 and to fall below the 60% threshold in 2021, according to the European Commission.

Slovenia's public debt fell from a peak of 83% of GDP in 2015 to 70% in 2018 as the country achieved a  budget surplus and strong nominal GDP growth. The declining trend is expected to continue.

Slovenia’s central bank imposed tighter measures to restrict the “excessive growth” of retail lending, which exceeds 10%, starting from November 2019. According to the new measures, the ratio of the annual debt cost to the annual net income of the borrower (DST) may not exceed 67%.

Sarec’s party urged the central bank in November to put the new restrictions on consumer loans on hold, saying the measure will hurt many citizens.

Slovenian banks are continuing to gradually reduce their foreign deposits. On the other hand, the banks continued to increase their liabilities from household deposits and deposits by non-financial corporation

The banking system’s liquidity position remains favourable. The stock of the highest-liquidity assets, such as funds at the central bank and sight deposits at banks, increased by €0.46bn in 2019, to almost €5bn.

The consolidation of the banking sector continued in 2019. Slovenia’s second largest bank Nova KBM (NKBM) received clearance from the Competition Protection Agency to acquire the local Abanka in a €444mn transaction. Following the acquisition, the combined market share of Nova KBM and Abanka will reach 22.5%, as reported at the time the deal was agreed. Abanka was the last of the banks nationalised in the 2013 bail-in of major Slovenian to be privatised.

In the fintech sector, Slovenia has become something of a pioneer. In December, Slovenia launched the national test blockchain infrastructure SI-Chain, which will enable testing of existing and new blockchain applications for the public and private sector. With this, Slovenia will become the first EU member to establish a blockchain test infrastructure and second in the world following China.

Since 2017, when Slovenian projects received over 5% global investments in blockchain projects, Slovenia has experienced steady growth in the sector.