OPINION: Kazakhstan is ready to be rediscovered by British businesses post-Brexit 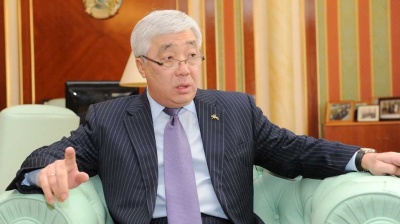 A few months ago, many of us were looking to the future through a rather rosy lens of optimism. With the general election just past its head and Brexit in full swing, the United Kingdom was about to enter a new era in its history. It seemed things finally got more or less clear about Britain’s path forward.

But the deadly virus was already at its doorstep, sweeping through its streets and cities, claiming thousands of lives and bringing down entire industries. The optimism has faded and uncertainty is back to rule the roost.

I don’t have a crystal ball but one thing is certain: Britain will respond to the growing challenges as it always has — with courage, perseverance, and ingenuity. And an important step towards charting the post-Brexit course and galvanising the post-COVID growth would be to forge new international partnerships and reinvent the time-tested ones.

The United Kingdom is Kazakhstan’s strategic partner, one of its largest foreign investors and trade destinations. The United Kingdom helped us create the Astana International Financial Centre — an unprecedented hub of English common law and British business practices in the heart of Eurasia. British companies can now come and work in Kazakhstan in a very familiar and comfortable regulatory environment.

And there is a lot Kazakhstan can offer to UK businesses. A key pillar of the ancient Silk Road and a “buckle” on today’s Belt and Road, my country is in a unique geographical position to continue thriving as a land bridge between Europe and Asia. With so many flights grounded and global value chains shattered, fast and reliable ground transportation through Kazakhstan is an increasingly attractive alternative. And modern technological advances in, for example, packing and conservation allow creatively thinking businesses to find and utilise new opportunities, such as delivering fresh Atlantic salmon by train to China.

Furthermore, Kazakhstan’s agricultural potential is so significant that it remains one of the few countries in the world with vast untapped agribusiness opportunities. In fact, the arable land area in Kazakhstan is larger than the entire United Kingdom and its livestock sector is a world of opportunity ripe for the taking.

Kazakhstan’s new President Kassym-Jomart Tokayev, elected only a year ago, has kickstarted a massive reform programme designed to make the country even a friendlier place for businesses and foreign investors. The reforms are far-reaching and cover a wide range of areas, from strengthening good governance to further improving business climate. We adopted a new mining code based on the Australian model, which offers companies a clear and reliable pathway to the fabled mineral wealth of Kazakhstan. We changed our legislation to provide financial incentives for foreign filmmakers willing to share with their viewers the captivating beauty of Kazakhstan’s natural scenery. We continuously improve our renewable energy regulations to turn an oil-producing giant into an international hub of green energy and technologies.

The Kazakh government utilises its mineral riches to finance major programmes, such as Digital Kazakhstan aimed to transform and digitalise the country’s economy. Our Ministry for Digital Technologies is engaged in an active cooperation with the UK’s Government Digital Service, and we would be happy to embrace British IT businesses looking for new markets and avenues for international growth.

With top positions in global literacy rankings and high scores in the UN’s Human Development Index, Kazakhstan is proud of its high quality human capital. Given that the government has set out on a mission of turning the country into a trilingual nation able to speak English freely and fluently, any British company coming to Kazakhstan would find a more than capable labour force to support local operations.

Indeed, Kazakhstan can offer a lot to UK businesses. And if there is one thing that today’s global crisis has made very clear, it is that international partnerships and cooperation do matter. I firmly believe in the bright future of the strategic partnership between my country and the United Kingdom. And I invite all British friends to share my belief and discover for themselves the many facets of the Kazakh land.

Misery vs death
Fat cats: new study shows corruption can be measured in kilos
Uzbekistan returns to its roots with cannabis cultivation

The current extremely low refinancing rates could be good for stimulating economic activity, but they clearly distort the saving and investment processes.