COMMENT: How bad can it get if US imposes sanctions on Russian debt? 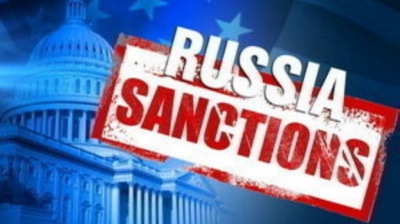 The US is toying with the idea of imposing sanctions on Russian debt. But what will happen if it does so? / wiki
By Maximilian Hess head of political risk at Hawthorn Advisors in London March 26, 2021

Sovereign debt sanctions targeting Russia's ability to issue foreign currency debts are once again in the news, with the Biden administration and Boris Johnson’s UK government both said to be considering the move.

It is not the first time these have been proposed; indeed, ever since then-president Barack Obama responded to Russia’s invasion of Ukraine and efforts to crush its democratic and pro-Western aspirations by limiting the access of key Russian firms to foreign debt markets through the implementation of the then-new sectorial sanctions regime, capital markets have been among the key battlegrounds of Russo-Western rivalry.

But much has changed since Tom Tugendhat MP, the Conservative chair of the UK’s Commons Foreign Affairs Committee, first suggested barring Moscow from Western debt markets in March 2018. Moscow had already begun to improve its reserves-to-debt ratio in 2015, even as oil prices remained low, in the aftermath of the initial sanctions and escalated the effort that year, stepping it up from the introduction of legislation, dubbed the ‘bill from hell,’ by a group of bipartisan Senators later in August 2018.

By January 2019, Russia’s reserves exceeded its external debts. Moscow made much of this apparent success of fiscal management, brushing aside concerns that it was worried about the risk of such US sanctions even as it was clear that the threat was motivating debt management considerations.

Indeed, this effort involved not only managing the amount of Russian foreign currency debt issued, but also updating the wording of the contracts underpinning them. Russia did not issue any new foreign currency bonds in 2014 or 2015 as markets remained cool to the Kremlin’s ongoing devastation of eastern Ukraine and risk of further sanctions resulting, but it did resume issuing Eurobonds in 2016, raising $1.75bn that May.

The new wording reflected this sanctions risk, with the bond’s prospectus making reference to a so-called ‘[alternative] payment currency event’ allowing Moscow to re-pay debt holders in US dollars, Euros or Swiss Francs when interest payments or the principal came due "if, for reasons beyond its control, the Russian Federation is unable to make payments of principal or interest (in whole or in part) in respect of the New Bonds in US dollars". What level of sovereign debt sanctions would trigger the event is not specified.

The clause was described at the time by Oleg Kouzmin of Renaissance Capital as "a totally new feature" of a sovereign bond instrument. No other sovereign appears to have since borrowed or adapted the innovation.

Investors holding such notes do not bear a significant amount of currency risk, even in the event of such sanctions, given the liquidity of the three alternative currencies and the fact their valuation versus the US dollar is independent of the ruble and the status of Russo-Western relations more broadly.

However, when Moscow returned to foreign debt markets in March 2018 it sold $4bn in two series of dollar-denominated Eurobonds, tapping up a 30-year note it had issued the previous September for a further $2.5bn and raising the rest via a new $1.5bn bond due in 2029. The joint prospectus outlines a key difference in the ‘[alternative] payment currency event’ language that went little noticed at the time. Whereas the 2047 Eurobond contained the language quoted above, as with all other Russian sovereign Eurobonds issued in 2016 and 2017, the new notes featured a further modification.

Specifically, their ‘[alternative] payment currency event’ contained the language referenced above but also noted that "if for reasons beyond its control the Russian Federation is unable to make payments of principal or interest (in whole or in part) in respect of the New Bonds in any of those currencies," that it may pay "in Russian rubles" at the exchange rate against the US Dollar set by the Russian Central Bank.

Although it has narrowed somewhat since 2018 as Russia's baseline interest rate has fallen from 7.5% in March 2018 to 4.5% as of the time of writing, the higher interest payments demanded by investors in Russia’s local currency government bonds (known as OFZs) make clear that any such move would precipitate a major haircut on investors looking to dump their Russian Eurobonds. If a spike in Russian interest rates were to follow such Western sanctions action, either due to the Western reaction to the sanctions or due to subsequent ruble debt issuance by Russian state-run companies, as occurred in 2014 after Rosneft – barred by the sectorial sanctions from borrowing in US dollars and therefore from Western financial institutions more broadly – sold the equivalent of nearly $11bn in ruble debts, the haircut Western Eurobond holders would face if they were repaid in rubles would be even greater.

While the Central Bank of Russia (CBR) has received regular plaudits for its management of Russia’s macroeconomic stability in the years since the 2014 sanctions and near-simultaneous oil price collapse, the Rosneft 2014 debt issuance highlights that it too is subject to the same political forces that dominate the rest of the Russian economy. When Rosneft issued the debt, the CBR simultaneously announced that the new bonds would be eligible for its 'Lombard list' – in other words that the banks underwriting Rosneft's emergency debt raise would be able to use it as collateral for loans from the CBR, including foreign-currency denominated loans.

It cannot be ruled out that the CBR would once again be subject to significant political pressures in the event of such Western sanctions, further raising the risk that Western holders of Russian Eurobonds issued with the ‘alternative payment currency event’ triggers would be at risk of suffering Moscow’s response.

Western investors so far have been rather sanguine about the risk of such sovereign debt sanctions – there is no meaningful premium to the yield on the bonds containing the ruble ‘[alternative] currency payment event’ trigger versus those that do not.

Indeed, Russia sold a €750mn seven-year Eurobond in November 2020 at a yield of 1.125%, a record-low for Moscow, despite US banks being barred by the US Treasury from dealing in the primary market Russian government debt issuances in August of 2019 (NB: participation on the secondary market for Russian sovereign Eurobonds is not subject to these restrictions).

Leading voices in Russia have called for calm over the risk of such sovereign debt sanctions as well, with Vladislav Inozemtsev recently writing that "a total ban on transactions involving the Russian foreign debt and the extension of that ban to the US allies will only result in serious losses for the Western financial institutions following the sell-out of this type of asset, and the Russian authorities will restructure their liabilities, making considerable savings on debt servicing”.

Whether he is correct on the Russian authorities’ ability to smoothly manage being frozen out of Western capital markets remains to be seen, but he is certainly correct that Western holders of Russia sovereign Eurobonds face a risk of incurring serious losses if the West does institute a sovereign debt ban.

Maximilian Hess is head of political risk at Hawthorn Advisors in London. He also serves as a fellow at the Foreign Policy Research Institute in Philadelphia, Pennsylvania. Follow him on twitter at @zakavkaza

COMMENT: Can Russia pivot its European gas sales to Asia?
Perspectives | Beijing and Moscow clash over Kazakhstan’s oil
Missiles or sabotage: What caused the explosion at the Russian airbase in Crimea?