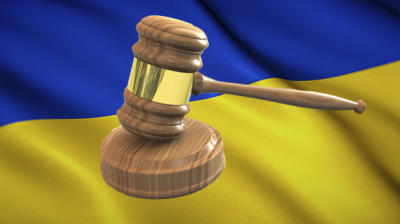 The cash-strapped Ukrainian government is trying to re-start its privatisation programme, but its oligarchs are using law enforcement agencies to undermine the process
By Ben Aris in Berlin January 19, 2021

The state budget risks losing UAH12bn ($425mn) this year from failed privatisations as a result.

"The SPF strongly condemns any attempts to stop and roll back the privatisation of public property by law enforcement agencies, former shadow owners and oligarchic groups. Any attempt to put illegal pressure on enterprises threatens the process of building a market and investment attractive economy in Ukraine. Denationalisation of the economy is a priority for the president and government of Ukraine, as well as part of Ukraine's international obligations," Sennychenko said as cited by Interfax Ukraine. 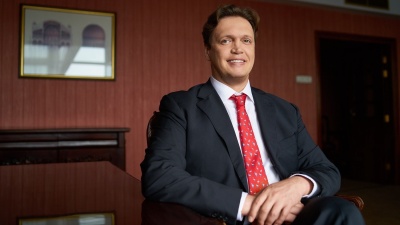 The head of Ukraine's State Property Fund, Dmytro Sennychenko, warns that the state budget could lose $425mn in privatisation revenues this year because of oligarchs' interference in the process. credit: SPF

As bne IntelliNews recently reported in a feature “The Oligarch Problem”, interference in government by vested interests is amongst the biggest problems countries in transition face. And privatisations are a particularly attractive target for oligarchs. If they can make a privatisation unappealing they can buy attractive assets for pennies on the dollar.

A favourite tactic is to load a state-owned company up with debt by offering cheap loans to an inefficient and cash-strapped state-owned enterprise (SOEs) so that it becomes exposed to the threat of bankruptcy, making it impossible to sell to any investor that doesn't hold the debt.

This tactic as been employed with Odessa Port Plant (OPP), one of the most attractive assets on Ukraine’s privatisation list. However, as bne IntelliNews has reported, the privatisation attempts have failed multiple times, as outside investors are afraid of the Ukrainian oligarchs that hold large debts in the plant.

Potential buyers must reckon with repaying $251mn in debt to Ukrainian oligarch Dmytro Firtash's Ostchem company, $32mn to banks and traders for previously supplied natural gas, and invest at least another $100mn in restarting the plant's operations, which will demand further large volumes of gas.

Another reason for the failure of the privatisation is the conflict with the Nortima company, controlled by oligarch Ihor Kolomoisky. Nortima previously threatened to block the OPP privatisation, saying any sale deal would be regarded as a purchase of stolen assets following a 2009 tender in which it outbid two rivals with an offer of $600mn at the exchange rate at the time.

The good news is that the government has one big success under its belt, after it nixed the 2004 privatisation of Ukraine’s most profitable steel mill Kryvorizhstal, which was bought by oligarchs Rinat Akhmetov and Viktor Pinchuk for $800mn and re-sold it to the Indian ArcelorMittal Group for $4bn in a second competitive privatisation auction a year later by the post-Orange revolution government of Viktor Yushchenko. The Ukrainian public watched the auction live on TV as two powerful international Indian mining concerns quickly drove up the price into the billions of dollars.

There is little chance of that spectacle being repeated today. Desperately short of money this year after the $5bn stand-by agreement (SBA) with the International Monetary Fund (IMF) was effectively frozen, the government was hoping to restart the privatisation programme, but the oligarchs are already working hard to derail the efforts to sell anything really valuable.

The SPF has an ambitious programme for 2021 and the most attractive asset on the list for this year is the sale of United Mining and Chemical Company (UMCC) in what should be the first large privatisation auction at the end of the first quarter, or the beginning of the second. The initial asking price is between UAH3bn ($106.4mn) to UAH5bn ($117.4mn), Sennychenko said in an interview with Interfax-Ukraine.

Whittling away at Ukraine’s state property mountain, 1,899 privatisation auctions were held in 2020, yielding $107mn for the budget, Sennychenko reported on January 13, and last year’s order to suspend the “big” privatisations expires in January.

Still, that is well down on the last attempt to re-launch the privatisation programme in 2018, when €720mn of assets were placed on the list, but on a par with the 2017 receipts when the government raised €104mn from selling state-owned assets.  Typically in previous years only one in eight assets are sold, and usually to the oligarch groups that already control related assets, such as in the power sector.

The SPF wants to put OPP back on the list for this year and six regional power companies. Until the end of 2023 investors have the right to contracts drawn up under English law.

But this week Sennychenko expressed concern that the oligarchs are already actively using the law enforcement officials to scupper the privatisation plans. In particular, Sennychenko pointed to concerns that the sale of UMCC is in danger.

According to a SPF press release put out on January 18, the actions of the law enforcement agencies are often illegal and could lead to the cancellation of the privatisation process in 2021 that will cost the budget UAH12bn in lost income, according to Sennychenko.

Last week law enforcement officers, allegedly under the orders of oligarchic groups, raided UMCC as part of a criminal investigation that Sennychenko says broke normal protocols and so was illegal. Criminal proceedings were registered against the company in August 2020, which has led to the current investigation.

According to Sennychenko, the investigation is part of a large campaign to put pressure on the UMCC and discredit the enterprise to make privatisation impossible, in the same way that the sale of OPP has been so effectively blocked.

For several months, the management of the UMCC has been accused of allegedly supplying products to the occupied territories in the Donbas, reports Interfax, and in the spring of 2020, the management was intimidated with the connected criminal charges. In addition, as with other attacks on the staff of the NBU, the car of a senior member of the management board was torched amongst of incidents.

The preparations for privatisation by the SPF are in their final stage and UMCC was due to go under gavel in the first quarter of this year.

The privatisation of this asset is also provided for in the Memorandum of Ukraine with the International Monetary Fund (IMF) as part of negotiation for its SBA, so a failure to carry out the privatisation will be yet another obstacle to restarting the stalled SBA. Sixteen leading foreign companies have already expressed a preliminary interest in participating in the privatisation auction, should it go ahead.

Ukraine’s industrial production back in the black in March with 2.1% increase

Ukrainian retail sales increased 7.5% y/y in the first quarter of 2021

Ukraine’s industrial production back in the black in March with 2.1% increase
Ukrainian retail sales increased 7.5% y/y in the first quarter of 2021
EU downgrades its estimate of Russian troops on Ukraine’s border to 100,000 but tensions remain high