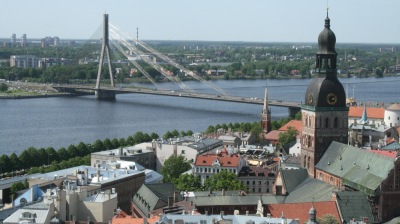 The Nordic-Baltic countries have engaged the IMF to conduct an analysis of cross-border money laundering and terrorist financing risks in the region, Latvia's Central Bank, Latvijas Banka, announced on January 21.

As reported by bne intellinews,  US financial authorities have commenced an investigation into Scandinavian banks operating in Lithuania and the other Baltic states.

The US Department of Justice (DOJ) and FBI are investigating SEB, Swedbank and Danske Bank over possible breaches of US anti-money laundering regulations and fraud, Swedish newspaper Dagens Industri reported on December 15, 2020, sending the banks' shares lower.

The eight countries of the Nordic-Baltic Constituency of the International Monetary Fund (IMF) have taken the initiative to engage the IMF to conduct a regional analysis of money laundering (ML) and terrorist financing (TF) threats and vulnerabilities.

In the context of a voluntary effort, the Nordic-Baltic countries have asked the IMF to analyse the most pertinent threats and vulnerabilities in the region, given the interconnectedness of the financial systems and particularly the many cross-border banking networks and relationships in the Nordic-Baltic region.

Bringing in the perspective of the IMF, which has a reputation as a trusted and independent advisor on anti-money laundering and combating the financing of terrorism, provides an opportunity to analyse risks to the region as a whole, analyse relevant progress to mitigate those risks, and make recommendations for the future.

The IMF will begin its work in January 2021 and is expected to report its findings in mid-2022. The eight countries that will be included in the analysis are Denmark, Estonia, Finland, Iceland, Latvia, Lithuania, Norway, and Sweden.

Lithuania needs to increase the borrowing capacity of its municipalities for public investment to bring in as much benefit for the country's economy as possible, the Organization for Co-operation and ... more