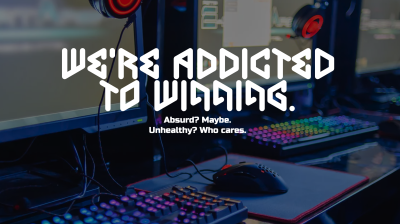 Mail.ru Group’s My.Games Venture Capital and Finnish Aii Corporation have teamed up to invest a reported $5mn in a US-headquartered mobile games studio called Hypemasters
By EWDN in Moscow September 24, 2020

“Under the new partnership, MGVC will provide marketing, HR, operations, and financial support to Hypemasters to drive the development of current and future titles,” stated Mail.ru Group.

Hypemasters has offices in London and St. Petersburg. Its team includes developers who previously worked in such major international studios as Creative Mobile, Nekki, Playrix and Wargaming. Petrov himself has an entrepreneurial background: he previously co-founded Last Level, the studio behind Modern Strike Online and World War Heroes.

“We are primarily interested in investing in people and talent, not just the end product,” said Ilya Karpinsky, head of MGVC and CSO at My.Games.

He added: “We help studios grow by removing pressure points, whether that’s investment or marketing support or helping with the everyday operations of running a studio. MGVC has multiple cases in its portfolio when a team would contact us with nothing but an idea, and less than a year later that idea would become a hit game. We believe that with our help, as well as access to the larger MY.GAMES ecosystem, Hypemasters can shoot for the stars with Hype City and their new projects.”

MGVC (previously known as MRGV) is the investment arm of Mail.Ru’s international video games brand My.Games, launched in 2019 to run all the group’s gaming projects.

MGVC says it has “evaluated more than 1,000 partnership applications and closed 30 deals over the past three years, including consolidations for major studios like Bit.Games, Swag Masha, Panzerdog, BeIngame, and others.”

These studios have become “leading revenue-generating titles for My.Games.” For example, Swag Masha has increased its revenue 1.7-fold since Q3 2019, with its game ‘Love Sick: Interactive Stories’ becoming a top-5 mobile title for My.Games as of Q2 2020.