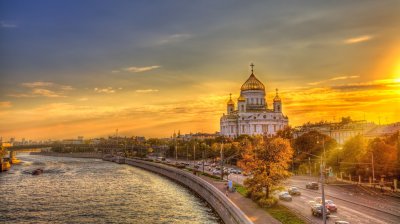 Moscow makes up a fifth of Russia's economy and is home to almost one in ten citizens. It is the epicentre of the coronavirus epidemic, but thanks to its size and wealth it is best equipped to weather the crisis
By Ben Aris in Berlin May 21, 2020

More than half of all Russia’s 300,000-plus registered cases of coronavirus infections are in Moscow, making it the epicentre of the Russian epidemic. It is also one of the largest urban economies in the world and the biggest city in Europe, accounting for one fifth of the country's total GDP. The population of Moscow is more than 12mn people, and more than 20mn if the surrounding region and commuters are taken into account. That means the Moscow lockdown imposed on March 30 by Moscow Mayor Sergey Sobyanin is especially painful for both the country’s population and economy.

But Moscow, as a metropolis, has always suffered less from economic instability than the regions thanks to the concentration of wealth in the capital and the size of the economy, which is as large as most Central European countries. Russians maybe be poor, but Muscovites are not. Many enjoy salaries that are on a par or better than their EU peers and that are up to five-times higher than their peers in the regions. In the wild days of the '90s following the collapse of the Soviet Union and the complete destruction of the economy the cliche was: “There are two Russias: Moscow and everywhere else.”

Moscow Deputy Mayor Vladimir Yefimov gave Russian daily Vedomosti a wide-ranging interview on May 19 on how the Russian capital is faring.

Last year, consumer spending in the city amounted to $197bn. According to this indicator, Moscow ranks third among European cities. However, in the current crisis caused by the pandemic, consumer demand has fallen sharply: non-food stores are closed; the service sector is practically not working. Already, Moscow has lost RUB140bn ($2bn, or 2% of Russia’s GDP) in revenues and has been forced to cut costs. According to Yefimov, the city has “paused” projects worth RUB350bn ($4.9bn).

"To one degree or another, of course, all sectors have suffered, but the Moscow economy feels better than many. Moscow, as a metropolis, has always suffered less from economic instability due to the diversified structure of the economy and large consumer demand," Yefimov told Vedomosti in an interview. 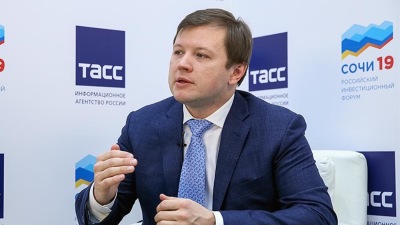 The Russian government has been moving remarkably slowly in rolling out relief measures, as it is clearly keen to nurse its large resources and does not want to simply throw money at the problem. Yefimov reiterated this cautious stance.

"We are only at the beginning of a new crisis. And while there is no clear understanding when we can remove the restrictions, it is very difficult to predict something. At the same time, we can already say that we are waiting for a decrease in GDP by 5-6%, although the forecast for this year was the opposite: an increase of almost 3%. This forecast is closer to pessimistic. But this is a very significant reduction in the economy," Yefimov said.

Yefimov singled out the oil and gas industry, as well as the financial sector, both of which play an important role in the city’s economy. Although Moscow does not have any oilfields, nearly all the major energy companies have their headquarters in Moscow and a quirk of Russian law is that companies pay their regional taxes – mostly income tax and profit tax – where their HQ is registered, not where they work. As a result Moscow collects about 85% of all corporate taxes paid in Russia. VAT, on the other hand, goes to the federal budget and makes up about a third of the Ministry of Finance's revenues. That means the halt in retail affects the local Moscow economy indirectly by destroying jobs, but not directly, as the city's take is unaffected by the halt in VAT payments on that c.$200bn retail turnover in the city.

"Despite the fact that [the energy] industry now accounts for only 5–6% of the local economy, instead of 16–17% earlier, budget losses will be noticeable. We also see that the banking sector will sag significantly, which directly reflects the state of the economy. We expect a decline in manufacturing and retail," Yefimov said.

Yefimov says the hit to the local tax take will be between 15% and 20%, or some RUB600bn ($8.5bn), two-thirds of which is down to lost corporate income tax and another fifth from personal income tax of workers.

"According to personal income tax, revenues are still 7% higher than last year, but this is due to the rather successful outcome of most companies last year and bonuses paid by large organisations in the first quarter," says Yefimov. "If we take the current budget execution for four months, then compared with last year, the decrease was 7.6%, and we laid down the growth of 8%. That is, we have already received almost 16%, this is RUB140bn – a significant figure, even with our budget."

The fall in the local budget revenue will be exacerbated, as Mayor Sobyanin has also provided a whole range of support measures to Moscow organisations in the form of exemptions from payment of rent or deferral of rental payments (non-tax revenues), as well as in the form of deferment of payment of property tax, land tax, trade tax for the first quarter. "For example, income from property tax of organisations decreased by 16%, from land tax – by 11%, from trade taxes – by 23% compared with the four months of 2019," says Yefimov.