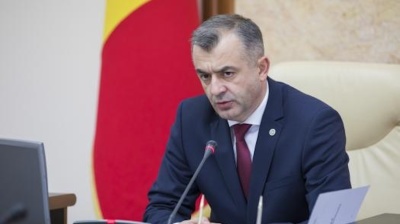 Moldova will not accept from foreign partners like the International Monetary Fund (IMF) conditions that are “against the country’s economy and residents,” Prime Minister Ion Chicu said in an interview with the national TV station, stressing that the government will in particular not agree to raise end-user natural gas prices.

A team of IMF experts is currently in Moldova and Chicu said he had been informed that such a request has been made in a preliminary form by the Fund’s experts.

In related news, the natural gas distribution company Moldovagaz (50% controlled by Gazprom) announced that it incurred negative financial deviations of MDL1.5bn (€75mn) in 2018-2019 because regulated end-user prices were set below the actual import cost and suggested a 2% price hike would be needed. The company said that the negative financial deviations might not result in end-user price hikes since the natural gas import price dropped recently.

Chicu’s statements were, however, more general and not related only to gas prices.

Moldova will complete the three-year Extended Credit Facility (ECF) and Extended Fund Facility (EFF) in March after the IMF board completed the fourth and fifth reviews last September. A final $19.8mn tranche is to be disbursed upon completion of prerequisites that Chicu claims have already been met.

Moldova is going to discuss another arrangement with the IMF, as this is a condition requested by the European Union for continuing its financial support to the country.

“We will do our best to maintain relations with the IMF, but if the Fund insists on conditions that are unacceptable to us, then we can reject these conditions and give up external financial support. If the IMF mission goes ahead with requirements that we cannot accept, it would mean a break in the relations with the IMF. We have stated and we are still convinced that we can accept only those conditions that do not contradict the national interests and are not detrimental to the economy and to the citizens of the Republic of Moldova,” Chicu stated.

"There is flexibility on the IMF’s side. I see no obstacles to completing the existing programme and completing a new programme in April. During the meeting with IMF representatives we will also discuss raising wages in the budgetary sector,” added the Moldovan PM.