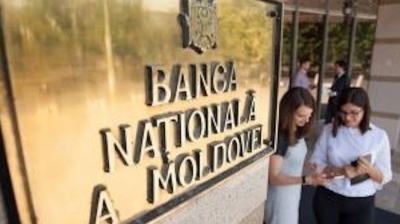 The relative stabilisation of the average interest rates for new loans and deposits during the last six quarters creates a predictable financial climate in the medium term, which is supportive for economic growth in the future, he added.

After a period of almost three years of stagnation, the population has begun to borrow more from banks consumer loans and mortgages.

According to experts, developments in this regard have been determined by the fact that in the last year the lending interest rates are historically low, varying between 7% and 10%. In addition, the central bank claims that it has created conditions to stimulate lending to the companies as well, in national currency, to reduce systemic risks for the country's economy.

Retail lending still dominates banks’ activity, though. "Consumer loans and mortgages are the fastest growing loans in the last year, this is determined by the fact that we actually have historically low minimum loan rates, around 8-10%, for local currency loans. If we talk about the rates for the mortgage loans under the First House programmes, the rates are even lower — around 7-8%,” said Eugen Ghiletchi, economist at the Expert-Grup think-tank. However, it is “healthier” for the economy when more loans are granted to legal entities because they create larger and more intense economic activity, he added.

Avia Invest, the company that operates the international airport in Chisinau under concession, has promised to pay all its debts and furthermore invest €170mn in the planned new terminal, ... more

Moldova’s central bank, the BNM, cut the refinancing rate by 1pp to 4.5% on March 4, citing disinflation risks posed by the global Covid-19 coronavirus outbreak. The decision to ease monetary ... more