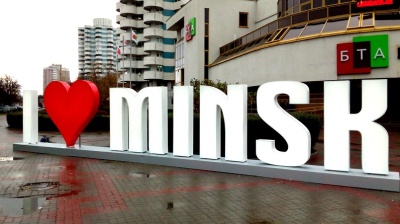 In the end, the EU has agreed to comprehensive economic sanctions against Belarus, including painful sectoral sanctions
By Gunter Deuber Head of Research at Raiffeisen Bank International and Marcus How Head of Research & Analysis at ViennEast Consulting in Vienna June 23, 2021

In the end, the EU has agreed to comprehensive economic sanctions against Belarus. Sectoral EU sanctions are to be revealed and likely adopted by the EU on 24-25 June and reportedly include sanctions on potash and mineral fuel exports and the financial sector. Sanctions on the financial sector are likely to include a ban on new loans, a ban on EU investors from buying (sovereign) bonds on the primary market and a ban on EU banks from providing investment services. EU export credits shall be also affected. Secondary market sanctions, reportedly, are not part of the sanction package, though there is yet no confirmation on that. In this respect, international and EU financial institutions also want to question and stop their Belarus activities. The same applies to state and state-related export credit and financing agencies.

Overall, the sectoral sanctions are designed to hit key industries, but also important supporting economic sectors. In this way, the financial scope for the state and the state economy will also be restricted. Apparently, the aim is to target key areas of export revenues for Belarus, which is traditionally characterised by a very weak external financing position. The reserve coverage ratio is running at 2-3 months! This step had no alternative, and was extremely important for the EU. It is in search of international and geopolitical relevance, and this includes demonstrating order and crisis management on its doorstep. It is also interesting that the EU has managed to take a leading international role this time; the US, for example, will probably follow suit with similar sanctions.

In some sectors, however, the EU has apparently not yet managed to impose sanctions, such as the Belarusian timber sector. Especially in the latter, lobbying by Poland, Latvia and Lithuania is said to have played a role. In addition, the already tight timber market should be possibly protected from further shortages. In the financial sector, too, a few sensible exceptions have been granted at the EU level, for example in the case of financial exposures for humanitarian purposes, export financing or exposures for regulatory purposes. So some dose of pragmatism is there as well. All in all, this looks like a tough sanctions policy, but also one with a sense of proportion and that has weighed up self-interests.

More comprehensive sanctions would certainly have been conceivable. However, apart from populist demands, one must also consider the politics of sanctions regimes and economic self-interest. At present, it does not look as if this could be the last round of sanctions against Belarus. In this respect, it may make sense to keep a few in reserve. In addition, it goes without saying that far-reaching economic sanctions must also take self-interest into account. Here Europe can take a leaf out of the book of the "sanctions world champion", the US. And it can therefore make sense to tolerate certain well-grounded exceptions and transitional arrangements in tougher sanctions regimes. It should also be noted that sanctions regimes can last for a very long time. Just remember that broad-based sanctions against Russia have already been in place for seven years. Therefore it is not decisive per se how quickly very tough sanctions are imposed, but rather that a long duration is taken into account, that scope for tightening is left and that certain market-based adjustment processes are nevertheless allowed. Furthermore, a gradual tightening can perhaps lead to less harsh or irrational countermeasures.

Austria has come under particular diplomatic and media fire, which was not surprising in itself. After all, Austria is the largest EU investor in the real economy in Belarus. Moreover, at the EU level, one was obviously not immediately familiar with all the networks and exposures. For a long time, it was apparently not on the radar that the EU has certain interests of its own in the banking and financial sector. After all, the local subsidiary of the Austrian Raiffeisen Bank International (Priorbank) is one of the larger universal banks in the country. And with deep local roots – also in the banking sector – it is not so trivial and easy to adjust exposures quickly and radically. As a locally regulated universal bank, it must of course hold government securities for regulatory reasons and it has numerous local customers – Priorbank has about 800,000! In these dimensions, one cannot make quick fixes, which is easier in "suitcase banking" out of the large financial centres and without deep local roots. Particularly in the financial sector, transitional rules are relevant, as long-term commitments are partly at stake here, while the high degree of regulatory density in the banking and financial sector permits good sanctions compliance tracking.

Apart from the public debate, which is sometimes harshly conducted by representatives of the opposition movement, it should not be forgotten that even the opposition movement has no interest in Western European foreign investors completely dismantling their tents in Belarus. This would promote even deeper economic integration with Russia, and a possible economic transition at some point would probably be fraught with even more hardship and uncertainty.

Risks for macroeconomic stability in Belarus have risen with the recent sanction news flow. An economic adjustment, involving a weaker currency and a decline in economic output, may be necessary going forward (though also imports would fall, compensating for some export losses). Additional Russian financial support may be necessary. However, such support may require protracted negotiations, may arrive slowly or come with conditions (initially) not seen as acceptable. Overall, it makes political sense for the EU to impose harsh sanctions on Belarus and worsen the economic situation, while respecting the EU's own interests. With such a move it is becoming increasingly difficult for Russia and President Putin – while preserving Moscow's own interests – to hold on to Lukashenko.