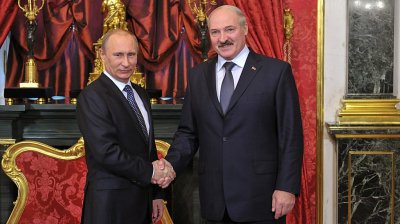 When seeking extra subsidies or funding from Russia, the way to secure the best deal is to leverage your improved standing with the European Union (EU) and the bloc's interest in cementing you in its political orbit. This simple pattern will no doubt be used by the Belarusian President Alexander Lukashenko after his virtually certain re-election on October 11, after which the EU may lift sanctions against him and his entourage.

European diplomats and officials in Brussels have indicated that the EU is ready to perform a volte-face in its policy towards Lukashenko's government after the polls, which should install him for his fifth five-year term. In particular, the Union is preparing to suspend travel bans and asset freezing against the president and many of his officials, which were previously imposed as a response to human rights violations.

Even more importantly, Brussels is looking to lift sanctions against most of the two dozen Belarussian companies currently blacklisted. Ending other curbs that block Belarus from the EU’s capital markets, export credit insurance and technical assistance could also be considered. According to European officials, this approach could demonstrate to Minsk that Russia is no longer the only source of finance for Belarus, Reuters reported in September.

The EU's policy change was mainly triggered by the fact that Lukashenko pardoned six jailed opposition activists, including Nikolai Statkevich, a 59-year-old former military officer who was sentenced to six years in 2011 after running for the presidency in late 2010. Statkevich was accused by the Belarusian authorities of plotting to riot on election night and found guilty by a local court soon after, in a move the West condemned as outright political repression.

In order for the sanctions to be lifted for what is expected to be a trial period of a few months, the conclusions of Western election observers will be critically important, above all those of the OSCE Office for Democratic Institutions and Human Rights (ODIHR). The day after the elections, the organisation will issue its preliminary conclusions. For now though, it seem Brussels will accept even a 'moderate' improvement in the electoral process.

Show us the money

However, a likely outcome of any EU rapprochement with Minsk is that Lukashenko will be well placed to convince the Kremlin that the West wants to reel in the former Soviet Union, and away from Moscow's pull – and that his oft proclaimed loyalty to Russia should be supported by extra funding.

"I think Minsk is not naïve when it comes to benefits from the West," Balazs Jarabik, visiting scholar at the Carnegie Endowment for International Peace, tells bne IntelliNews.

Currently, the Belarusian government is negotiating support packages simultaneously with the International Monetary Fund (IMF) and another potential donor, the Russia-led Eurasian Fund for Stabilisation and Development (EFSD). Minsk is trying to secure a new loan of around $3bn-$3.5bn from one of these institutions. But it still has to do more though before it anchors its case with the West and reaps a funding windfall.

"The IMF is not ready to give billions for 'political prisoners' but only for reforms – look at Ukraine," Jarabik underlines. "So the rapprochement with the West – as always was the case – is to make sure that Russia maintains its subsidies [to Belarus]. These have, of course, been decreasing since 2006, but they are still a key external factor that keeps the economy afloat."

The expert adds that the Kremlin "strongly dislikes" Lukashenko, but knows that it has no other option in Belarus. "This is] similar, actually, to the West’s realisation. The Western and Russian views coincide here," Jarabik believes.

What Russian air base?

In September, after a meeting between Lukashenko and his Russian counterpart Vladimir Putin, Moscow announced plans to establish an air base in the Belarusian city of Baranovichi, 145km from Minsk.

Despite the fact that Belarus signed an agreement with Russia to defend their joint external borders six years ago, and that Moscow operates a radar station in the country, the new plans are considered by experts to be the Kremlin's response to Nato's expansion towards its borders. A new air base would be a demonstration of Russia’s determination to defend its geopolitical interests in the territories of post-Soviet countries in the aftermath of the Ukraine crisis, which started in late 2013.

However, on October 6, Lukashenko unexpectedly announced that there had been no discussions concerning the establishment of a military base. "I am the man in charge of making such decisions and I know nothing about such plans,” he said. “We don't need a base these days. We don't need military air forces either. We need certain weapons. This is what I've been saying to Putin and earlier to [Russian prime minister Dmitry] Medvedev.”

Many Belarusian experts consider this unexpected statement to be a manoeuvre aimed at bargaining with the Kremlin over additional preferences in exchange for Minsk's consent to deploy Russian military potential on its territory.

And the Kremlin appears to be willing to play ball on this one, say observers. "Putin will include the establishment of the air base as a key condition for a new loan from the EFSD," Alexander Mukha, a Minsk-based independent financial analyst, tells bne IntelliNews.

But Mukha adds that the issue of the air base in Belarus has become "less significant" for Moscow, at least for the time being, because of the launching of Russian air strikes in Syria. The expert believes that until recently, Putin considered the deployment of the air base in Belarus as mainly a PR move aimed at demonstrating Russia’s commitment to defending its interests in the region. However, the Kremlin has now shown its determination to defend its interests globally through the operation in Syria and its support of Bashar al-Assad.

Meanwhile, Jarabik believes that Minsk will resist "as much as it can" and will focus on diffusing the Ukraine conflict whilst working to reduce tensions between the West and Russia. "This is indeed a life and death issue for Minsk," he adds, noting that there is no room for an independent Belarus in the so-called 'Russian World', which, according to Moscow's conception, includes the post-Soviet countries that have a significant Russian-speaking population and traditional economic and cultural relations with Russia.

MINSK BLOG: Artem Shraibman asks: What kind of dialogue can save Belarus?

MINSK BLOG: Why no Euromaidan in Belarus?

MINSK BLOG: Artem Shraibman asks: What kind of dialogue can save Belarus?
MINSK BLOG: Why no Euromaidan in Belarus?

Reflections from our correspondents on the ground in the Belarusian capital.