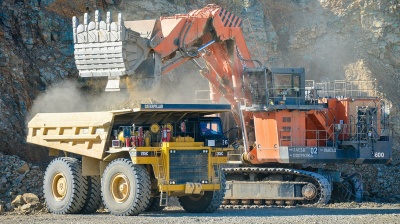 At the end of October the two largest shareholders of Kazakh mining giant Kaz Minerals announced a massive GBP3bn ($4.1bn) all cash buyout offer to minority shareholders, as they want to take the company private.

The deal would be one of the biggest ever for Kazakhstan, and the London-listed Kaz Minerals is a major stock on the London Stock Exchange (LSE) for international metal investors.

The strike price offered by the Nova Resources BV, a holding company owned by the two shareholders, Kaz Minerals’ chairman Oleg Novachuk and director Vladimir Kim, was GBP6.40 per share, but the share price has since risen to GBP7.41 as of February 1.

Most shareholders would be quite happy to hang on to the stock, as copper prices have risen sharply in recent months as industry anticipates a return to normal as the coronacrisis fades quite apart from any long-term trends expected in copper prices.

The share price in KAZ Minerals rose 15% in October as the relief rally got underway after the vaccines were announced. Copper prices started firming at the same time from a low of $4,775 per tonne at the end of last March to end the year at $7,894 in December, and have kept going into the start of this year: copper prices rose another 4% since January 1 to top the $8,000 mark in the first week of January.

RWC Partners Ltd, a minority investor with 3.3% of the company, called the buy-out deal “inconceivable” in a letter to KAZ directors seen by Bloomberg News last week.

“We think the bid will fail, as it materially undervalues the company,” James Johnstone, co-head of emerging and frontier markets at RWC, told Bloomberg last week.

The biggest problem is that Kaz Minerals recently bought the rights to develop the huge Baimskaya copper project in Russia, but the management had not released the results of a feasibility study by the date of the buy-out option in October, and it has not been included into the valuation.

“Baimskaya is a world-class deposit and one of the great green mining copper deposits in the world. The discussion now is whether to power the facility with LNG or nuclear power, but nuclear would mean the plant has zero emissions and that could translate to a premium in the price,” another minority investor told bne IntelliNews.

When it comes online Baimskaya will account for some 40% of Kaz Minerals' entire revenue and should add at least GBP1bn or GBP2bn of value to the company. Minority investors bne IntelliNews spoke to said that taking Baimskaya into account, the valuation of Kaz Minerals should be closer to GBP9-10 a share, not GBP6.40. Valuing Baimskaya is difficult, as it is extremely sensitive to the price of copper, but many analysts believe copper prices can only go up thanks to the rapid digitisation of economies and the growth of the electric car industry.

“By not releasing the feasibility study [on Baimskaya] the management has been un-transparent and we don't think the business has been correctly valued for even the existing businesses,” a second minority investor told bne IntelliNews. “The addition of Baimskaya should mean the entire business is valued at closer to GBP4bn-5bn, not the GBP3.4bn now.”

Kaz Minerals has been traded on the LSE for 15 years and the buy-out offer is for the 61% of the stock that Novachuk and Kim don't own.

Nova Resources has already done a financing deal for the buy-out with Russian investment bank VTB, which will provide three loans of GBP1bn in three tranches, Interfax news agency reported. Nova Resources is expected to make a highly anticipated announcement on the deal on February 4, where it may increase the valuation under pressure from the minority shareholders.

Unlike most shareholder disputes in Eastern Europe, this one is proving to be very civilised. The minority shareholders have not staged a rebellion and there has been no Gordon Gekko-style noisy shareholder meetings. But the minorities have been vocal in their disappointment. Kim and Novachuk have to pay attention to what the minorities want, because if they don't buy enough shares they can’t take the company private again.

“We are waiting to see what they say,” the bne IntelliNews source said. “It could be they take Baimskaya into account in the valuation and improve the price offer. And then they may make a second but final offer or they may improve the prices and leave the door open to more talks and further adjustments.”

While Kim and Novachuk obviously want to pay the lowest price they can, at the same time they need to get over the 75% ownership threshold that triggers a mandatory buyout and allows them to force all the remaining shareholders to sell so they can take the company private. If the price is too low, then not enough investors will sell and the two shareholders will not get to the magic 75% level.

“Nova Resources should recognise that they will be unable to de-list the company and should immediately begin to harmonise relations with minority shareholders,” RWC said in its letter to the management. “It would be more beneficial for all shareholders if the company were able to focus on being one of the world’s lowest-cost, publicly listed copper miners rather than continuing along the current path of investor discord.”

KAZ Minerals and its subsidiaries engage in mining and processing copper and other metals in Kazakhstan and Kyrgyzstan. The company operates the Aktogay and Bozshakol open-cast copper mines in Kazakhstan along with three underground mines. The most recent addition to the family is Baimskaya copper deposit in Russia’s Chukotka autonomous region, which also represents the company’s first move into Russia.

The prospects for better strike prices are good. The company released an upbeat production update on January 28 that shows things are going well at the company, even if year-on-year output was slightly down: full year copper production in 2020 came in at 305.7 kilotonnes, which was down a little from the 311.4 kt produced in 2019, but 2% above guidance range the management gave earlier in the year.

The minorities also complain that the independent directors on the board have too many jobs and are not fully focused on the business.

“Several of them have up to a dozen other posts, so how can they fully focus on the business?” complains one. “And add to that the timing of the buy-out offer: it was made in October just before the new coronavirus vaccines were getting their approval. The market was depressed because of the pandemic, but it was totally clear they would be an uptick as soon as the vaccines are rolled out. Yet the independent directors just waved through the price of the buy-out offer at that time. Their job is to protect the value of the company for the shareholders and it is amazing that they could not see three months ahead to when it was clear the prices would change.”

Now everyone is waiting to see what happens at the February 4 meeting. “If Baimskaya is included in the valuation and the buy-out price is increased then the shares could rally significantly,” believes the investor.