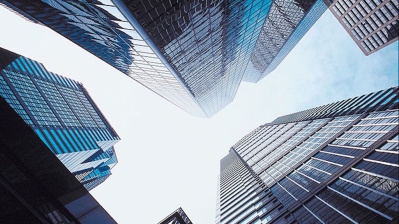 Foreign investments represented 86% of deal-making by value, accounting for €7.3bn across 60 deals.
By bne IntelliNews April 16, 2021

Mergers and acquisitions (M&A) in CEE (excluding Russia and Turkey) in the first quarter hit €8.5bn, up by 50% year on year, according to data from Mergermarket released on April 15. The number of deals in Q1 was 115, just above the 109 in 1Q20.

The M&A value is the highest Q1 figure since 2013, the data and intelligence company said, and was boosted by several large transactions by foreign investors. Foreign investments represented 86% of deal-making by value, accounting for €7.3bn across 60 deals. The region’s top deals were both in Poland, with Allianz's €2.5bn acquisition of Aviva Poland, followed by Cellnex Telecom’s €1.6bn purchase of Polkomtel Infrastruktura.

Fund transactions soared to €1.5bn across 18 deals, compared to €65mn and eight deals a year ago. The biggest fund transaction was Partners Group’s €800m buyout of Fortum Oyj, a Baltics-based district heating business. There were only 17 fund exits, worth €148 mn, compared with eight exits worth a much higher €1.9bn in 1Q20.