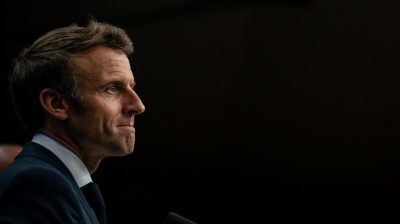 French President Emmanuel Macron said on June 30 — the final day of France’s EU Council presidency — that he is convinced that a compromise solution between Bulgaria and North Macedonia has been found.

Macron announced the news unexpectedly during the Nato summit in Madrid. The French president, whose country has held the EU presidency for the last six months, has been actively engaged in finding a solution between Skopje and Sofia which will allow North Macedonia to launch EU accession talks. Albania has been also blocked in the process due to the two-year-old Bulgarian veto as the two candidate countries are coupled in the process.

The Bulgarian parliament was unable to lift the veto before the EU summit held on June 23-24, and political turmoil over the issue played a major part in bringing down the government on the eve of the meeting.

Macron said in Madrid that based on the consultations he is convinced that “we found a solution that suits the sensitivities of both sides, of Bulgaria and North Macedonia and is acceptable to all.”

“I hope also that the consideration [of the proposal] by both sides in the coming days will confirm this. The Prime Minister [Kiril Petkov] and President [Rumen Radev] of Bulgaria confirmed that they accept the French proposal and that there will be consultations in the coming days in Skopje,” Kanal 5 broadcast the speech of Macron in Madrid.

Macron underlined that this solution brings security, predictability and a guarantee that the past can be overcome.

North Macedonia’s Foreign Minister Bujar Osmani confirmed that he received the modified French proposal that addresses the remarks submitted by the Macedonian side.

“Coming home from Madrid with a new and modified proposal. Internal consultation process in North Macedonia has been launched. Appreciation to the French presidency, President Emmanuel Macron and [German] Chancellor Olaf Scholz for the intensive effort in this regard,” Osmani tweeted.

“President Macron presented it as a final proposal of the French presidency. We will have to assess whether or not we will accept this proposal, which addresses the remarks we have made,” Osmani told Kanal 5.

He added that the sooner the consultation process in North Macedonia is completed, the better for the country. He pointed out that there should be no rush, but a “dynamic agenda” is needed.

Asked if the start of negotiations can be expected soon, Osmani said that if the proposal is accepted, it is a matter of days.

However, he did not give details about what the proposal contains, pointing out that he will have to present it to the government first, and only then make it public.

North Macedonia’s government also confirmed on June 30 that it received a proposal from the French presidency with new ideas.

“This is the basis for opening a broad consultative process first in the government and the coalition partners, and then with the president, the parliament and the opposition, as well as with the civil sector, experts and the general public in the country,” the government said in the statement.

Leader of the main opposition VMRO-DPMNE party Hristijan Mickoski said that it is symptomatic that Bulgarian side immediately accepted the modified proposal.

Albanian PM Edi Rama, whose country is also blocked in the EU accession process, said in a tweet: “The latest French proposal, which is also the final one, gives North Macedonia the possibility of an unconditional accession and paves the way for the official start of negotiations for the membership of both countries in the European Union!

“I say to the Macedonian and Albanian brothers in North Macedonia: Accept it!” Rama tweeted.

“Welcome French presidency solution for an agreement that would pave the way for opening of EU accession talks with North Macedonia. The solution addresses concerns expressed. We are the closest we have ever been: now is the time to say yes," Michel tweeted.

Amid domestic political turmoil, Bulgaria’s parliament on June 24 approved the initial French proposal that would lift the country's veto on the start of North Macedonia’s EU membership talks.

However, the day before the vote, North Macedonia’s PM Dimitar Kovacevski rejected the French compromise plan during the EU-Western Balkans summit as in his view it does not protect the country’s main national interests.

North Macedonia’s authorities have repeatedly said that the Macedonian language and the national identity must be protected in any solutions.