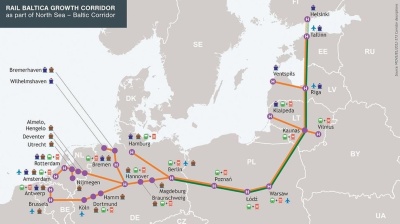 Linas Bauzys, the CEO of LG Keleiviams, the passenger transportation subsidiary of the company, said the company needs to renew the fleet because some of the trains are technologically obsolete and not in keeping with present-day travel habits, and are not adapted to people with special needs.

In addition, the progress with Rail Baltica, an international EU-supported railway project underway in Lithuania and the other Baltic states, prompted LG to act.

Lithuanian media have mentioned 35 new trains, but the exact number will be decided after the consultations. Some of the trains should be electric and others should be diesel or hybrid.

The decision on the train renewal follows the national railway’s excellent performance last year, when Lithuanian Railways made €57.2mn in net profits, 4.4% up from 2018.

Until 2030, LG plans to invest €5.5bn to modernise and develop country’s railway infrastructure network, with Rail Baltica benefiting from the largest investment.

“The major part of these investments will consist of the laying down of Rail Baltica. However, this project is not the only one in our plans. The public procurement of electrification, the value of which is more than €2.5mn, has gathered speed,” Mantas Bartuska, the general manager of Lithuanian Railways, has said.

On July 14, Lithuanian Prime Minister Saulius Skvernelis has told European Commissioner for Transport Adina Valean that the construction of the main line of Rail Baltica is progressing quickly and reaffirmed his country's commitment to complete the project by 2026.

The Rail Baltica section linking the city of Kaunas to Kaunas Intermodal Terminal is scheduled to be completed next November, the prime minister said.

Last month, Lithuania invited bids from potential contractors to build a section of almost 100 kilometres from the Kaunas terminal northward to the Latvian border, with construction expected to begin in 2021. The total value of the project is €475mn.

The overall length of the railway will be 870 kilometres, including 392 kilometres in Lithuania, 265 in Latvia and 213 in Estonia. The line is scheduled to be completed by 2026. 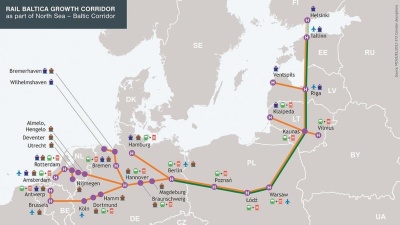