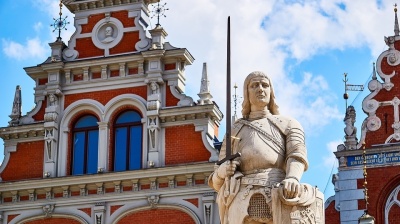 By Linas Jegelevicius in Vilnius September 21, 2020

A new series of reports released on September 20 reveal the vast scale of suspected illicit flows of cash via Latvian banks between 2006 and 2017, a Latvian centre for investigative journalism, Re:Baltica, maintains. According to the reports, a “large trove” of documents has been leaked, revealing global transactions, including those flowing through Latvia, that US based banks flagged as suspicious to their supervisor.

The documents reportedly expose that the US banks eyed with suspicion transactions totalling at least $7.6bn wired through Latvian banks between 2006 and 2017. Allegedly, some of the most eye-catching revelations involve Russian billionaire Oleg Deripaska and show his numerous business links to Latvia.

As previously reported, Latvia has in recent years upped its anti-money laundering efforts after years of denying there was even a serious problem as dirty cash, mainly from the east, sustained its profitable boutique banks.