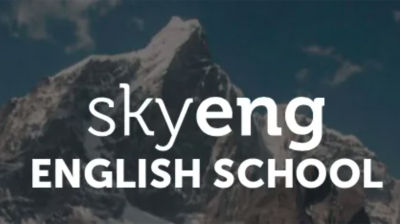 Online English school Skyeng was valued at $100 million when Baring Vostok got involved in its previous round in January 2018. The figure is likely to have grown significantly since then,
By East West Digital News in Moscow December 2, 2020

Skyeng, one of the most successful Russian startups, has received funding from two major investment firms, Winter Capital and Baring Vostok. The deal, which took place in October, was revealed only this past Friday by the Russian edition of Forbes magazine, based on exchanges with representatives of the parties involved.

Neither the amount invested in the company nor its valuation were disclosed, reports East-West Digital News (EWDN).

Skyeng was valued at $100 million when Baring Vostok got involved in its previous round in January 2018. The figure is likely to have grown significantly since then, as Skyeng reports the number of its clients “doubled” this year amid the pandemic.

In February — even before the coronavirus hit Russia — Forbes had estimated Skyeng’s valuation at $130 million, putting the company at the 13th place of its annual ranking of the 20 “most valuable companies of the Russian Internet.”

In the previous (2019) edition of the ranking, Skyeng was ranked 14th with an estimated value of $109 million.

Founded in 2012, Skyeng claims to be “the largest online English school in Europe.” Its managing partner Alexander Laryanovsky told Forbes no fewer than 15,000 teachers and 120,000 learners were now active on the platform.

The Russian online education market was estimated at only 45-50 billion rubles in 2019 (nearly $750 million, or 1% of the global edtech market), according to data from Interfax Academy cited by Kommersant. Skyeng’s revenues amounted to 1.5 billion (around $23 million), according to the same source.

A Moscow-based international fund, Winter Capital has billionaire Vladimir Potanin among its limited partners. Baring Vostok is a leading private equity fund in Russia, which has made the news since the arrest of its founder US citizen Michael Calvey last year under dubious charges. Last month Calvey was freed from house arrest but the criminal charges against him have not been lifted.

This article first appeared in East-West Digital News, a partner of bne IntelliNews