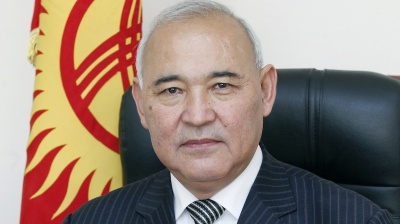 A former prime minister of Kyrgyzsan, Kubanychbek Jumaliyev, who was charged with corruption, has been released from pretrial detention after he paid the equivalent of almost $12mn in compensatory damages to the state treasury.

Jumaliyev, still a lawmaker in parliament, was arrested in early February on suspicion of abuse of office, tax evasion, money laundering and illegal enrichment.

In December, Kyrgyz MPs approved an economic amnesty bill that allows individuals who have obtained financial assets through illegal means to avoid prosecution by surrendering the concerned assets to the State Treasury. The amnesty bill appeared to support fears voiced by the US embassy in Bishkek last October amid the upheaval that led to the fall of the Sooranbai Jeenbekov administration and the rise to power of fervent nationalist Sadyr Japarov, who was freed from jail by supporters during the turmoil that followed a parliamentary election that losing opposition parties decried as fixed.

At the time, the US Embassy outlined its support for “the efforts of President Jeenbekov, political leaders, civil society, and legal scholars to return the political life of the country to a constitutional order" and warned about the threat that organised crime poses to Kyrgyz democracy. The embassy added in an unusually frank statement: "It is clear that one of the obstacles towards democratic progress is the attempt by organized crime groups to exert influence over politics and elections." It also stated that the impact of organised crime "was evident with vote-buying during the October 4 elections, violence and intimidation in Ala-Too Square on October 9, and irregularities in the parliament session on October 10."

The Birinchi Mai district court in Bishkek made the decision to release Jumaliyev on April 12 after the State Committee for National Security (UKMK) said it had received from Jumaliyev cash and real estate with an estimated value equivalent to the aforementioned $12mn.

He was ordered to remain in Bishkek while the investigation against him continues. About a month ago, the 64-year-old Jumaliyev was transferred to a private hospital for treatment of heart problems and high blood pressure, but after four weeks in the hospital, he was returned to pretrial detention, RFE/RL reported.