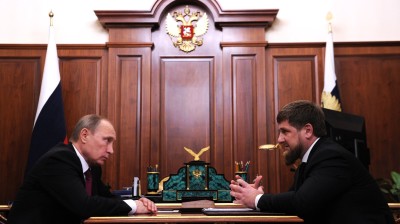 The Kremlin has dismissed claims that it was involved in a plot to assassinate a Georgian journalist and TV host who made an expletive-laden attack on Vladimir Putin on live television last year. 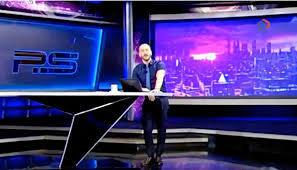 Kremlin spokesman Dmitry Peskov, as reported by Agenda.ge, said: “We have heard allegations [which relate claims] as if Russia was involved in the incident, which is a lie and absurd.”

The director of opposition-oriented TV station Mtavari, Arkhi Nika Gvaramia, claimed that, according to an anonymous source, a Russian man named Vasambeg Bokov was dispatched to the former Soviet country to carry out the killing of Giorgi Gabunia. The source said that the assassination was ordered by the leader of Russia’s Chechen Republic, Ramzan Kadyrov, Gvaramia added.

Russian citizen of Ingush origin Bokov was detained in Tbilisi on June 12 for the illegal purchase and possession of fake documents. The arrest put an end to a murder plot, the Georgian state security service SUS, which confirmed on June 17 that an investigation into the planned murder of Gabunia was under way, said. The SUS also called on media to refrain from circulating speculative scenarios.

Gabunia’s tirade against Putin in Russian in July last year caused fury in Moscow. Speaking on Georgia’s Rustavi 2 TV station, he called Putin a “stinking invader” and insulted the Russian president’s mother using coarse language, before adding, “Oh, your mother’s dead … Let her burn in hell with you and your father.”

Kadyrov refuted claims that he had sent an assassin to Tbilisi with orders to assassinate Gabunia. “Trust me, if someone acts on my instructions, he will fulfil the order," Kadyrov said on his official Telegram social media channel. He added that the journalist should kneel and apologise “or else, I repeat that he will remain my enemy”.

In recent years, several Kadyrov critics have been killed outside Russia, and many believe that either Kadyrov himself or Russia's Federal Security Service (FSB) were behind the apparent assassinations that claimed their lives, RFE/RL commented.

The Coalition for Euro-Atlantic Georgia, a group of 16 local civil society organisations, issued a statement on June 16 concerning the alleged plot, assessing it as part of “a Russian scheme to destabilize Georgia”.

“This foiled plot was also aimed at stirring up public anxiety in the country against the backdrop of the pandemic, which might have escalated the situation to the extreme in the run-up to the [October parliamentary] elections,” read the statement.

The organisations called on the Georgian government to conduct a “transparent investigation” and ensure the involvement of experts from Georgia’s partner countries.

Georgian President Salome Zurabishvili and Gakharia reacted to the alleged murder plot by decrying foreign interference, congratulating the SUS on its work and warning of political manipulations, but neither of them referred to Russia allegedly having a role in the plot.

Zurabishvili said   “we are dealing with a criminal and provocative action targeted against the country’s stability”.

Georgia’s foreign ministry said that “plotting to assassinate a journalist is absolutely unacceptable”.

There have long been tensions between Russia and Georgia over Tbilisi’s moves to develop closer ties with the European Union and Nato. The two countries fought a short but bloody war in August 2008 over Georgia’s Moscow-backed separatist regions of South Ossetia and Abkhazia.