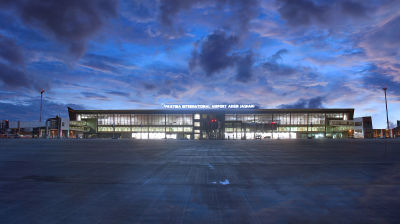 Kosovo's authorities have banned the entry of citizens with Serbian passports, provoking a new row between Belgrade and Pristina, local media reported on August 7.

Relations between Kosovo and Serbia worsened in November 2018 after Pristina introduced 100% import tariffs for Serbian products. Kosovo declared independence from Serbia in 2008, but it is still not recognised by Belgrade as a separate country.

"Entries and exits between Kosovo and Serbia will be made only with ID cards," RTK reported citing government officials.

According to the Kosovan authorities the decision was based on the Pristina-Belgrade agreement reached in Brussels in 2011 on free movement of citizens.

The passport is not recognised as a travel document between the two countries under the Brussels agreement, Kosovo’s Interior Minister, Ekrem Mustafa, was cited as saying.

The new border police measure will affect citizens of central Serbia who travel via Kosovo to Albania and Montenegro.

Serbian Prime Minister Ana Brnabic in her reaction to the decision said that not allowing Serbian citizens to enter Kosovo with Serbian passports was the best indicator that Kosovo “is a quasi state with chaotic political situation.”

“Pristina is just looking for ways to harass citizens for no reason, taking anti-European moves,” director of the Serbia’s Office for Kosovo Marko Djuric said.

TURKEY INSIGHT: Follow the (hot) money
1 day ago
Lukashenko isolated himself from the rest of the world with a secret inauguration
1 day ago
Iran’s oil minister openly admits forging export documents to dodge US sanctions
1 day ago
“Putin’s chef” follows through on threat to bankrupt Navalny, bailiffs seize his apartment
1 day ago
Romania at high risk of downgrade to junk
1 day ago