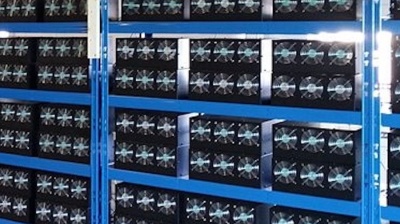 By Valentina Dimitrievska in Skopje January 4, 2022

Kosovo’s government has decided to ban cryptocurrency mining in the country due to the energy crisis and power shortages during the winter months, Kosovo’s Economy Minister Artane Rizvanolli said on January 4.

Cryptocurrency mining uses significant amounts of electricity to power computers that solve cryptographic equations to be rewarded with currency. It had become popular in northern parts of the country where residents had received free electricity for years, but the ongoing energy crisis has forced Pristina to seek ways to rein in power use.

The decision was based on a recommendation made by the government’s technical committee for emergency measures in the energy supply sector, which was established at the end of 2021. So far, the committee has held two meetings to identify and recommend measures to address the negative effects of the global energy crisis.

“Law enforcement agencies will stop the production of crypto currency with the support of all relevant institutions which will identify the locations of such activities,” Rizvanolli said in a Facebook post.

She added that the decision is aimed to address any sudden or long-term lack of capacity for electricity production, transmission or distribution in order to overcome the energy crisis without further aggravating the situation.

Kosovo government decided on December 24 to impose planned daily power cuts for a period of 60 days as part of the emergency measures to deal with the energy crisis.

Before the current energy crisis, mining for Bitcoin in northern Kosovo, mainly populated with ethnic Serbs, had flourished as people in the region had paid nothing for electricity since the end of the Kosovo-Serbia conflict in 1999.

The number of miners and cryptocurrency investors in Kosovo shot up after the value of bitcoin started to rise rapidly in 2017.

However, in October the Pristina Basic Court on October 11 annulled a decision on the payment of €40mn of electricity bills for consumers from four northern Serb-dominated municipalities, charged between 2012-2017 to the other consumers.

EBRD 2022: Why Kosovo is one of the fastest growing economies in emerging Europe

EBRD 2022: Why Kosovo is one of the fastest growing economies in emerging Europe
EBRD 2022: Coal-dependent Kosovo prepares for leap to renewables
EBRD expects 30% GDP contraction in Ukraine in 2022, lowers emerging Europe projections

Tirana residents have been arguing on social media to keep a bus that crashed off the road over a river in the Albanian capital, coming to rest as an impromptu bridge.

Exports of Serbian ICT services amounted to €347mn in 2M22

Exports of ICT services were up by 42.7% compared to the same period of last year, Prime Minister Ana Brnabic announced.