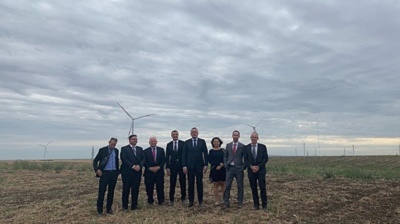 The European Bank for Reconstruction and Development (EBRD) said it is considering providing long-term financing of up to €17.5mn to Bulgarian hydropower plant managing company VEZ Svoghe for ... more

The European Investment Bank (EIB) launched a new €100mn loan to the Polish company Pekao Leasing for the financing of small and medium-sized enterprises, the EIB said on January 19. In ... more

Enguri hydropower plant (HPP), the largest electricity producer of Georgia and also the power supplier to the Russian-occupied region of Abkhazia, will be closed for repairs for three months from ... more