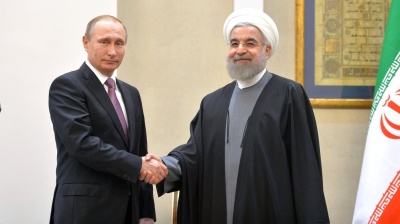 Iran hopes to protect its supply chains in the face of US sanctions by signing FTA with the Russia-led EEU
By bne IntelliNews June 30, 2019

Iran’s top legal vetting committee, the Guardian Council, has confirmed the bill of temporary agreement for launching a free trade agreement between Iran and the Eurasian Economic Union (EEU), according to Mehr News Agency on June 27.

Iran is hurriedly pushing ahead with plans to enter into an agreement with the Russian-led economic bloc which encompasses several former Soviet Union economies as a means of protecting its supply chains. EEU countries include Russia, Armenia, Belarus, Kazakhstan and Kyrgyzstan currently.

The bill allows the government to authorise trading when other representative governments that are part of the bloc clear the FTA.

Previously, the bill went before the Iranian parliamentary commission where legal experts and clerics view such drafted legislation. Unlike other legislation, such as anti-money laundering bills recently proposed, the EEU document cleared its round with the commission without a hitch.

In the debate at the commission, Iranian MP Ali-Akbar Karimi said: “Accession to the EEU would serve as a prelude to joining the World Trade Organisation.”

“The bill on the preliminary agreement for the creation of a free trade zone between Iran and the Eurasian Economic Union was studied at the commission in the presence of Energy Minister [Reza Ardakanian] and later approved by the parliament’s National Security and Foreign Policy Commission,” said Ali Najafi Khoshrudi, a spokesman for the commission said.

The Commissioning Council of the EEU has approved a roadmap for Iran’s entry into a specified free trade zone in September, enabling Iran to move ahead with building closer economic relations with parts of Central Asia, the Caucasus and Russia.

Despite the failure of previous efforts, Iran’s gradual attempt to cease all trading with the US dollar could become a success at some point in the future if, for instance, it continues to move in the direction of Russia and other EEU states. Tehran often reminds countries around the world that US power is highly dependent on the dollar being the world’s undisputed number one reserve currency, and that Washington’s influence drawing on that financial firepower should be reduced.

On the same day as that the parliament ratified the EEU deal, chairman of the Iran-Russia Joint Chamber of Commerce, Hadi Tizhoush Taban, said that removing the US dollar from trade was the main objective in Iran bolstering its trade with the Caspian Sea littoral states.

The Iranian government officially opened a border market located on the Turkmenistan frontier in North Khorasan province, earlier this week.

“A border market will soon open in North Khorasan Province that will benefit locals,” Iran’s Minister of Industry, Mine and Trade Reza Rahmani, reportedly said while addressing a meeting with provincial authorities and lawmakers on June 25.

While earlier in June, Armenia reported that the country would be a direct beneficiary of the new FTA between itself and Iran.

“It is worth noting that Iran continues to remain inaccessible to many foreign exporters. Duties on industrial products in this country are 4.5 times higher than in the [EEU]. The reduction of duties will affect almost half of the goods that form the trade turnover between Armenia and Iran,” economist Atom Margaryan was cited as saying.