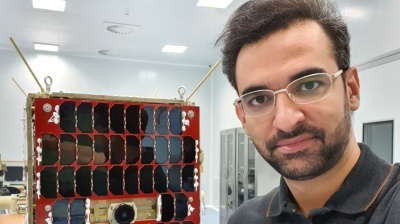 Jahromi. Some reformists see him as a potential candidate in this year's Iranian presidential election.
By bne IntelIiNews January 21, 2021

Jahromi, the youngest member of President Hassan Rouhani’s cabinet and the official behind the introduction of fourth-generation (4G) broadband cellular network technology to Iran has bucked the trend adhered to by previous generations of Islamic Republic officialdom by siding with the country’s youth in the battle against shutting down popular social media applications like Instagram and WhatsApp in recent years.

Charges against the “rising star” include ignoring a ruling on blocking Instagram and virtual private networks (VPNs) inside Iran and not throttling the speed of mobile and ADSL internet in the country when requested to do so by the judiciary.

Iranian news agency reports said that the judiciary had determined that Jahromi’s reluctance to play ball with their edicts amounted to a “crime”. He is now due to appear before the Culture and Media Prosecutor’s Office to answer questions in coming weeks, having been released on bail by the Iranian general prosecutor on January 20.

A 2013 law permits the Ministry of Information Technology to lock down aspects of the internet and throttle internet speeds.

In 2017, when Jahromi started out in his ministerial role, he openly criticised the judiciary after it disconnected the internet in the country for 10 days after nationwide riots.

He wrote: “These 10 days have been 10 years for me.” “Security is important, but only if it is alongside freedom,” he added.

Mahmoud Vaezi, the first ICT minister in the Rouhani administration, also got into trouble with the judiciary. He initially refused to bow to an edict cutting off the popular messaging application Telegram. It was entirely shut down in 2018 inside Iran after it declined to share user information with the government.

There is some speculation reformists could nominate Jahromi to run in the presidential election due this year.

Iran expert and director of the Future of Iran Initiative at the Atlantic Council, Barbara Slavin, commented on Twitter on reports suggesting that the Islamic Republic’s different factions were “turning on each other”.