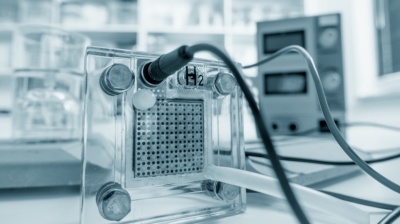 Slovak R&D and electric vehicle (EV) battery production company InoBat Auto has raised €10m from Czech utility CEZ, InoBat Auto announced on July 1. The funding is in the form of a loan that will have the potential to be converted into shares.

The funding will be used for InoBat Auto’s €100mn EV battery  R&D facility and production line as it prepares to become the first European supplier of customised EV batteries.

The Slovakian government has already pledged €5mn to InoBat Auto, and the company is seeking to attract more investors for the project. According to InoBat Auto, the European Investment Bank (EIB) is also considering extending a loan.

InoBat Auto was set up by InoBat and Wildcat Discovery Technologies — both of which are backed by InfraTech investor IPM — and its R&D  centre will be based on Wildcat‘s high throughput platform.

Construction of the first phase of InoBat Auto’s 100 MWh production line will begin later this year, and the first batteries will be ready for distribution in 2021.

The company announced on May 20 that it has acquired a 27,000 square metre site near Bratislava to set up an R&D centre that will be able to produce prototype battery cells.

InoBat Auto has longer-range plans to build a 10 GWh Gigafactory that would be able to provide batteries for 240,000 EVs by 2024.

Co-founder and CEO of InoBat Auto Marian Bocek commented that the investment cements the company’s strategic partnership with CEZ Group.

“The need to accelerate the electrification of transport is becoming more urgent and through this investment InoBat Auto will be able to deliver state-of-the-art, customised batteries to Electric Vehicle manufacturers as early as next year, something which no other company in Europe can offer,” Bocek said.

“The governments of Czech Republic and Slovakia announced a partnership in electromobility and this is one of the projects that fulfils this initiative,” said Pavel Cyrani, the vice chairman of the Board of directors of CEZ.

“Our cooperation with InoBat Auto complements other projects CEZ has in this field, such as the prospective mining of lithium In Krusne Hory that might be used in EV batteries, as well as the possible project of another Gigafactory in the Czech Republic.”

Bocek also noted the importance of continuing with the investment through the current crisis, saying the investment also “proves that despite a challenging global situation, significant deals can and must be done if the global economy is to recover as rapidly as possible from this situation. It was actually an unprecedented process since we conducted due diligence via Zoom calls and virtual tours with drones.”