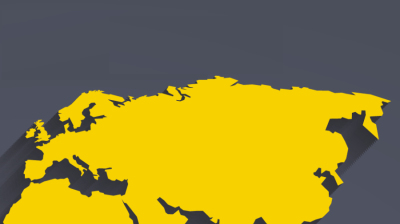 The Institute of International Finance (IIF) has released updated forecasts for economic growth this year for the Central and Eastern Europe (CEE) countries that show a sharp slowdown in 2020 and all except Turkey will return negative results.

Economists have been scrambling to assess the impact of the double whammy of the oil price collapse and the stop shock caused by the spreading coronavirus (COVID-19) pandemic in Europe.

Given its dependence on exports to the Euro area, CEE is particularly vulnerable to contagion effects – the economic, not medical, sort – caused by the big economies in Western Europe slowing. The regional slowdown amongst the EU members means that no one is safe and all countries will be affected.

“CEE will be heavily affected by the large output contraction in the currency union (4.7%). As a result, the CEE-4 — Czech Republic, Hungary, Poland and Romania — are projected to experience GDP declines ranging from 2.5% to 3% in 2020,” Elina Ribakova, deputy chief economist for the Institute of International Finance (IIF), said in a note co-authored by economists Ugras Ulku and Benjamin Hilgenstock.

Germany remains the powerhouse of Europe, but its widely followed Ifo business index just put in the sharpest month-on-month contraction on record, dropping from 96 in February to 86.1 in March. The lowest the index has fallen to is 80.7 in December 2008 during the financial crisis.

“Another dramatic plunge. It should not come as a surprise to anyone, but economic data for March and beyond will be horrible and probably even beyond the traditional meaning of horrible. All Western economies are facing an unprecedented crisis. Recession is not even the right word for an almost complete standstill of entire economies, almost overnight. Germany is no exception,” says Carsten Brzeski, an economist with ING.

Most of the economic data available at the moment related to February before the worst of the crash started and was largely normal. “The outlook for the rest of the year will be challenging,” says Ribakova.

But Ribakova went to say that this crisis remains a public health crisis so far and not a financial crisis, and so the danger of the crisis spilling over into the financial sector remains limited for the time being.

“In Ukraine, we worry about the possibility of a deeper crisis. Recent news of progress in IMF programme negotiations [is] encouraging, as market access is likely to be significantly curtailed in coming quarters,” according to Ribakova.

Ukraine has just announced that the text of a draft law on banking has been agreed with the IMF at the weekend and has just been submitted by the Cabinet of Ministers to the Rada. The law, if passed, will clear the way for Kyiv to sign off on a new $5.5bn Extended Fund Facility (EFF) deal with the IMF that will give the country badly needed access to cheap funds to stave off a meltdown. Analysts in Kyiv expect the law to be voted on this weekend.

Russia’s strong macro-fundamentals and massive reserves will insulate it from the worst of the storms, but it will not escape unscathed either. The official forecast for 1.9% growth this year has clearly already gone out the window.

And Russia’s crisis response so far as been extremely mild in comparison to the drastic measures forced on it during the last oil price shock in 2014.

“In 2014, the CBR was forced to hike rates aggressively (by 900bps), while in March 2009, money supply growth contracted by 11% year on year. Today, the flexible ruble, central bank credibility and significant macroeconomic buffers should help insulate the real economy. Russia’s fiscal policy response is still modest but will need to be stepped up. The possibility of a deeper COVID-19-induced crisis is high, as Russia’s healthcare system is poorly prepared for a pandemic — especially in the regions and following years of expenditure cuts,” according to Ribakova.

Turkey seems to have lucked out. Growth momentum in Turkey was gaining significant speed in early 2020, with high-frequency indicators such as bank lending pointing to a very strong growth performance in Q1.

“Thanks to this recent credit push, Turkey entered the COVID-19 shock with strong momentum, which will likely keep full-year growth positive, despite an estimated sharp output contraction in Q2. It remains to be seen if the government’s recent decision to double the Credit Guarantee Fund’s (CGF) capital to TRY50bn [€7.1bn] (as part of a sizable stimulus package) will be sufficient to maintain banks’ ongoing risk-on attitude so that they continue to provide robust credit growth. This should at least partially offset COVID-19 headwinds to economic activity,” says Ribakova.