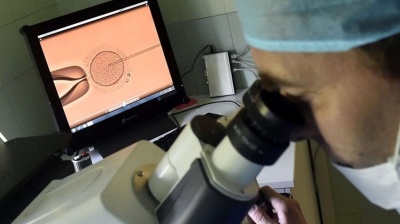 IVF treatment will be free for couples after state takes over fertility clinics
By Tamas Szilagyi in Budapest January 14, 2020

In an international press conference last week, Prime Minister Viktor Orban said taking over clinics will ensure proper oversight from a bioethical viewpoint but the key factor was that the government wants to make IVF treatment free of charge.

The government has long advocated a "procreation over immigration" approach to deal with demographic decline and introduced a string of measures. Orban has repeatedly said that family support programmes are his government's answers to migration.

There are about 150,000 infertile couples in Hungary who want to have children. If every couple in Hungary who wanted to have a child could, depopulation would no longer be a problem, state secretary for family and youth affairs Katalin Novak said.

The takeover means that fertility exams will also be made free, and limits on fertility clinic volume will be scrapped, eliminating long waiting periods. The subsidy on medication used during fertility treatments will go up from 90% to 100% from February 1.

The willingness to have children remained unchanged and the number of live births fell due to the decline in the number of women of childbearing age, which makes it a mounting challenge to overcome the demographic trap, according to the report.

Hungary's population declined by some 300,000 in the last ten years and by nearly 1mn since 1982. If the annual decline accelerates, the number of inhabitants could drop to 8.5mn in 20 years.

The head of one of the six clinics overtaken by the state said the acquisition would not cause any change to the level of quality at the clinic. Former management and board members will retain their positions.

Critics point out that the government decree stipulates state ownership until December 31, 2022. There are rumours that the clinics would later be privatised.

TURKEY INSIGHT: Follow the (hot) money
3 hours ago
Lukashenko isolated himself from the rest of the world with a secret inauguration
5 hours ago
Iran’s oil minister openly admits forging export documents to dodge US sanctions
5 hours ago
“Putin’s chef” follows through on threat to bankrupt Navalny, bailiffs seize his apartment
13 hours ago
Romania at high risk of downgrade to junk
15 hours ago