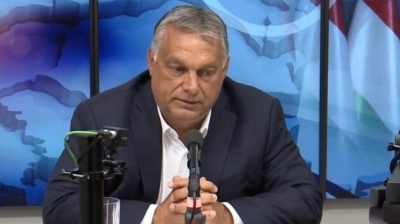 Hungary insists that the issue of the EU budget and the recovery fund must be separated from rule of law issues, Prime Minister Viktor Orban told state radio on December 3, adding that Poland's plans to attach an explanatory memorandum to the rule of law regulation won't work for Hungary.

His comments came a few hours after Warsaw signalled willingness to back down from vetoing the EU’s €1.8 trillion financial package that could end the impasse. A compromise by Poland would leave Hungary's strongman completely isolated.

Warsaw cannot back down on the veto unilaterally, Orban said, referring to an agreement signed last week with Polish PM Mateusz Morawiecki. At a meeting in Budapest, the two leaders agreed that their governments will take the same position in the debate and neither country will adopt proposals that are not beneficial and not supported by the other, he said.

Orban and Morawiecki struck an uncompromising tone on rejecting linking EU funds to political conditions. In a joint statement, they said that attaching rule of law criteria to EU funds could be used as political pressure. This could threaten the EU’s future and lead to the disintegration of the EU, Morawiecki warned, while Orban said that his government's position is rock-solid on the issue.

This harsh rhetoric eased somewhat during the two leaders' meeting in Warsaw on November 30. Morawiecki and Orban said they were waiting for proposals by the European Union’s German presidency concerning the bloc’s next budget.

In the Friday interview, when asked about whether Hungary had received any proposals from German leaders, Orban did not provide a clear answer, and he voiced his disapproval of the Polish plans to back down from the veto.

"The explanatory memorandum Poland wants to be attached to the rule of law regulation won't work for Hungary," he stressed.

On Thursday night Poland’s Deputy Prime Minister Jaroslaw Gowin said Poland would ready to drop plans to veto the €1.8bn EU budget and recovery fund if EU leaders endorse an explanatory declaration on the link between EU funds and the rule of law.

An interpretative declaration could be a clear statement from the European Council that the conditionality rule would not be used to exert unjustified pressure on individual member states in areas other than the proper use of EU funds, he said.

EU leaders are working on plans to proceed with the €750bn recovery fund without Hungary's and Poland's support if they continue to block Europe’s upcoming budget. The two countries would risk losing money from the recovery fund, if they blocked an agreement, said Johannes Hahn, EU budget commissioner, on Thursday.

Poland and Hungary are the two largest net beneficiaries of EU funds from the next budget. The two countries stand to receive at least €180bn in grants between them over the next seven years from the budget and recovery fund, according to Bloomberg calculations.

The stand-off over the budget is set to dominate a Brussels leaders’ summit scheduled for Thursday and Friday next week.

Unless there is an agreement at the EU summit on December 10-11, a contingency payment system with a provisional budget will come into force.

Hungary's strongman, who recently became the longest-serving prime minister in the country's history, said the whole political conditionality issue is about forcing immigrants to Europe and Hungary. Orban has repeatedly used this argument that the conflict between Brussels and Hungary is about forcing different cultural values onto sovereign countries, like Hungary.

"We know what the game is about," he said. The government claims that Hungary became the target of EU rule of law procedures, such as Article 7, solely because the country staunchly opposes Brussels’ migration policies.

Resorting to his populist rhetoric, Orban recalled that the EU wants to give citizenship and voting rights to 34mn migrants, calling this the "Soros Plan itself".

"And it is evident that they would vote for left-wing parties that brought them in,” he added.

The EU’s new Action Plan for Integration and Inclusion unveiled in late November aims to promote the integration of 34mn people born outside the EU, or 8% of the EU's population. The action plan is non-binding, meaning that member states do not legally have to implement the Commission’s plans, but this was not mentioned by Orban.

Hungary's illiberal leader has tried to play down the criticism surrounding the deterioration of democratic values in Hungary by calling rule of law regulations as legally vague definitions, based on hazy concepts, which in his views create opportunities for political abuses.