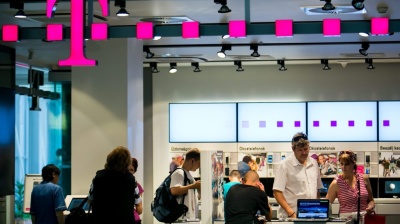 The NMHH announced tenders for the sale of 700MHz, 2100MHz, 2600MHz and 3600 MHz frequency bands in the summer. Four companies submitted bids in August and the market regulator unveiled the list of companies eligible for 5G auctions a month later.

Romanian-based Digi was the fourth applicant but its bid was rejected by the market regulator as the tender document included a section that excludes candidates over violations of previous antitrust rules in the last 24 months.

Digi was fined HUF90mn for providing misleading information to the authorities when it acquired Invitel's retail business in 2018. According to local media, this was initiated by sector peer Telenor. The company's appeal was rejected.

Hungary is the second market in which Digi has started developing its own 5G network. In June 2019, it began rolling out the Digi Mobil 5G Smart network in Romania and broadcast stations are already live in Bucharest and several other cities.

Thursday's auction, which took place amid extraordinary safety measures, was preceded by a trial auction on Tuesday.

The concessions will run until 2035 and can be expanded by another five years with unchanged conditions. The 700 MHz frequency band will only be available after September as it is currently used for broadcasting, NMHH said.

Magyar Telekom paid HUF54.1bn for the three frequency blocks totalling 120MHz. Payment is expected in Q2. The company intends to launch its commercial 5G services shortly following the receipt of the frequency usage rights in all three bands.

Vodafone Hungary acquired a total of 80MHz for HUF38.6bn. The company said it is well-placed to continue building out 5G networks and its efforts to digitise Hungary, it said.

Vodafone was the first among Hungarian mobile operators to launch commercial 5G service in Budapest in 2019 and install the technology at the ZalaZone race track for self-driving cars, thanks to its 3600MHz frequency kit purchased in 2016. Telenor paid HUF33.3bn for the concession rights.