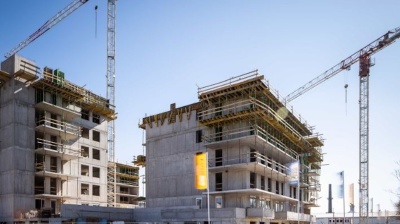 Cordia is involved in more than a dozen projects in Hungary.
By bne IntelliNews March 27, 2020

Cordia International announced plans to raise its capital by HUF12bn (€33.6mn) to strengthen the company's financial position in the current economic environment through a share issue, it was announced on March 26.

Cordia is part of the Futureal group, which has a strong presence in the CEE region. It is active in Romania and Poland, where it has acquired the majority stakes in Polnord, the country's leading residential developer, as well as in Germany, Spain and the US.

Since its foundation, Futureal has completed projects worth €3bn on 2mn sqm. Currently, the group is managing 28 projects simultaneously, with a total value of €0.9bn and a net area of over 660,000 sqm.

According to Thursday's announcement, the registered capital will go up by HUF7.4bn to HUF18bn and the remaining HUF5.6bn will be put into the reserves. Some 7.4mn new shares with a par value of HUF1,000 will be issued at HUF1,615 per share. In November, the company issued €135mn last November under the central bank's bond purchase scheme to finance its expansion.

It marked the first time for Cordia to issue bonds on the Budapest Stock Exchange.

Cordia International will continue its international expansion and enter the German rental housing market. The board approved the acquisition of 20.6% stakes in Germany's ARGO Properties N.V. by Cordia's asset manager European Residential Investment. ARGO has residential and commercial properties in Berlin, Leipzig, Dresden, and Magdeburg.

The Budapest-based International Investment Bank (IIB) has announced the private placement of a €30mn 20-year bond with a German insurance company to kickstart the year under its MTN Programme, the ... more