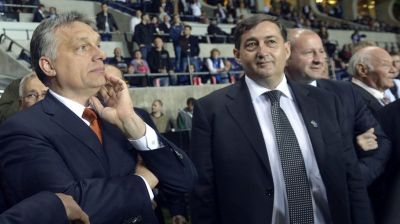 Hungary's second-largest power plant was taken over by Czech utility company EPH and BSE-listed Opus in the spring of 2018 from Germany's RWE and EnBW. Opus, owned by Hungarian oligarch Lorinc Meszaros, later bought out EPH's stake. MVM, which held 26% of the shares, agreed to buy 72.66% of the shares in December.

The government declared the transaction to be of national strategic importance citing the need for the security of energy supply, hence exempting the deal from the scrutiny of the authorities. Matrai Eromu provides 15% of the total domestic electricity production and accounts for 50% of carbon dioxide emissions of the energy sector and 14% of the country’s total greenhouse gas emissions.

Hungarian Prime Minister Viktor Orban defended the acquisition of the loss-making power plant during his annual international press conference in January, saying that its lignite stock constitutes a "strategic reserve" for the country's energy supply and that by state-ownership some 10,000 jobs could be saved.

Industry analysts said Matrai Eromu’s future as a coal-power plant is in danger as a result of tighter EU rules, hence the sale by Meszaros to the state came at the right time for the oligarch.

The elimination of lignite-based coal technology will ensure the long-term operation of the power plant, said Minister of Innovation and Technology László Palkovics. Hungary is committed to continuing operation of the power plant after 2025 in the framework of the Climate and Nature Action Plan and the plant could run on natural gas in the future, Palkovics said earlier. The transformation could cost $1bn.

In related news, Hungarian media reported that the plunge in carbon quota prices could help the power plant turn to profit this year. Sophisticated production protocols initiated by former German owners during the 2009 H1N1 epidemic put Matrai Eromu at an advantage over sector peers in Serbia or Ukraine, experts said. Production has been continuous at the power plant since the outbreak of the coronavirus.

An explosion has ripped through a major pipeline in Ukraine’s central Poltava region that pumps Russian gas to Europe, authorities have said. Russian transit volumes are unaffected, however, ... more

Serbia started receiving natural gas through Bulgaria into its section of the extension of Gazprom's Turkish Stream pipeline for gas transit to Europe dubbed Balkan Stream, after officially launching ... more