Hungary in talks with half a dozen shared service centres 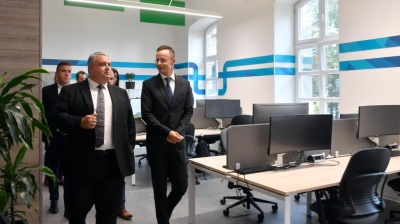 Hungary is in talks with seven companies, who are planning to set up shared service centres (SSCs) in the country, Minister of Foreign Affairs and Trade Peter Szijjarto announced on September 17 at an event to mark the tenth anniversary of British Petroleum (BP) setting up its base in Hungary.

One of the most prominent representatives of the industry, BP has invested HUF35bn in Hungary over the years. The government supported these projects with HUF5bn.

BP has 73,000 employees in 78 countries worldwide, 2,000 of whom work in Budapest, the most significant of the company's six global service centers.

The company's revenue grew 24% globally last year and the Hungarian division grew by 28%, the politician said.

The first SSCs appeared in Hungary in the 1990s, and the sector has been continuously and dynamically growing ever since. Initially, primarily simple transaction activities (customer service, HR and standardised financial tasks) were outsourced to Hungary, which was followed, as a result of positive experiences, by increasingly complex, higher added value tasks.

Hungary is considered a well-established mature location where the majority of the projects come from Western Europe and the US, according to state investment agency HIPA.

Hungary is planning to overhaul its investment support scheme from October 1, after which it will no longer include job creation as a prerequisite for budget support, Szijjarto announced at the event. There are 4.5mn in employment and the jobless rate is at a record low, which requires a new approach, he said.