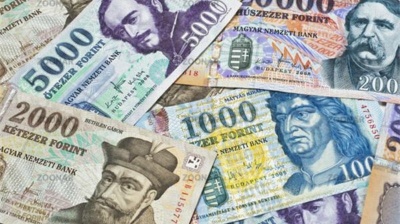 Hungarian government bond yields declined by around 100bp over a five-month period in July and are heading for historic lows
By bne IntelliNews August 7, 2019

Hungarian government bond yields declined by around 100bp over a five-month period in July and are heading for historic lows, local media reported on August 6.

The pricing in Hungarian bonds are moving in tandem with global markets, as major central banks began to loosen monetary policy, business portal Portfolio.hu reported in its monthly recap of the bond market trends.

The German 10-year Bund has sunk to negative territory for the first time and hit a historic low of -0.5% on expectations of a slowdown in economic growth and the prospective easing of monetary conditions.

Yields of Hungarian longer-end maturities extended declines in July. Over a five-month period yields increased only in April.
The 5- and 10-year maturity government bonds fell more than 30bp last month and by 80-90bp in five months.

The AKK sold the most securities from the three-month discount treasury-bills in July. Even as the bid-to-cover ratio stood at 2.5 and yields hovered around zero per cent, the AKK did not increase its offer. The debt manager has reduced its weekly offers to HUF15bn from HUF20bn since early April.

The second highest-selling paper was the 12-month T-bill with sales of HUF40bn, while bids came to HUF120bn.
Demand for the 3-year bond slumped, but that was offset by the increase in the sale of 5- and 10-year bonds.
The debt manager is in a comfortable position in terms of debt financing thanks to the success of the new five-year retail bond. Given the huge demand, the AKK's target of boosting the stock of government bonds held by households by HUF800bn this year will be easily met, Portfolio noted.

In related news, the state debt manager AKK sold HUF15bn of discount 3-month T-bills at its weekly auction on Thursday, in line with the original offer. Primary dealers bid for HUF21.4bn of the securities. Average yield was zero per cent, 5bp under the secondary market benchmark but level with the yield at the previous auction of the bills one week earlier.