Has the Kremlin already scuppered Russia's next generation high speed 5G mobile phone network before it has been built? 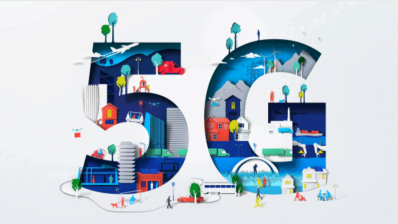 Russia's military wants to keep control of the 3.4-3.8 GHz frequency range that the rest of the world uses for 5G networks
By bne IntelliNews August 15, 2019

Has the Kremlin already scuppered the next generation high speed 5G mobile phone network before it has been built? Some industry participants think so after the Russian government assigned a a little used frequency band for the system to run on.

Russia's President Vladimir Putin has sided with the Security Council in a debate about which frequency band to use; he recommended keeping the 3.4-3.8 GHz frequencies for the military use, Vedomosti daily reported on August 15 citing unnamed sources. The government is now suggesting that the next generation network be run using the 4.4-4.99 GHz range, which is a very uncommon choice.

Previously the industry and the government hoped Kremlin would provide some of the 3.4-3.8 GHz frequency range for the development of nascent civil 5G coverage, as this is the range most commonly used for 5G in the rest of the world.

As analysed by bne IntelliNews, the introduction of 5G network has been slowed by lack of clear policy decision framework frequency allocation, roll-out strategy, and the lack of cooperation within and with the private sector.

Currently the government, which counted on the military range, which would allow a much faster integration of the equipment, is encouraging the operators to pilot and test in the range of 4.4-4.99 GHz, according to Vedomosti.

Official sources in all major mobile operators told Vedomosti that using an unpopular frequency range might throw the adaptation of 5G in Russia back by 5-7 years, make the network less investment attractive, unless Russia succeeds in following a scenario of setting up its own 5G ecosystem with more expensive network and terminal equipment.

Part of the problem is there is no off-shelf technology for the little used 4.4-4.99 GHz frequency range, so Russia will have to design and build much of the equipment itself – which actually might be the motivation for the puzzling choice.

The row is reminiscent of a row in 2009 when the military was also reluctant to give up control of the frequency band that is used to run the 3G network, until the Kremlin intervened and forced the Ministry of Communication to clean up the 3G frequencies for use by the private sector.

"Should the military keep the [3.4-3.8 GHz] range, 5G in Russia will never be a real 5G," one of the sources told Vedomosti back in April, when discussions on military frequencies were reportedly brought to Kremlin's attention.

"Availability of 3.4-3.8 GHz spectrum is crucial for the speed and scale of 5G development in Russia," BCS Global Markets confirms on April 5. "For now, outcome is uncertain, but discussion is there," the analysts write, and suggested watching developments closely as this fight is not over.

This month Kommersant daily already suggested that Russian 5G will have to stick with 4.4-4.99 GHz, unpopular in most countries except for China and Japan. Government sources told the daily that the authorities are making a bet on pushing domestic producers to fill in the resulting technology gap.

However, having to consolidate the critical mass of resources, financing, and technology required to make the leap could push for an establishment of a single quasi-state player for 5G rollout, an idea which was criticised by the Federal Antimonopoly Service (FAS).