Harvard academic claims coronavirus situation “out of control” in Turkey 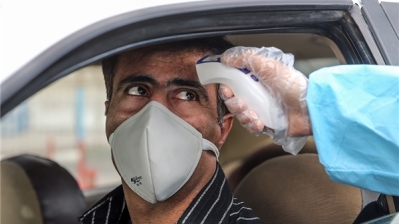 The evidence is mounting that Turkey could have one of the most intense coronavirus outbreaks in the world.
By bne IntelIiNews March 24, 2020

A Turkish professor from Harvard University’s Medical Faculty has warned that Turkey risks becoming a “second Italy” in terms of coronavirus (COVID-19) cases as numbers soar.

“The recent data on cases and death tolls shows that the situation is out of control in Turkey. If the necessary measures are not taken, Turkey will be like Italy or Spain, where the daily death toll is in the hundreds,” Emrah Altindis was reported as saying by the Balkan Investigative Reporting Network (BIRN) on March 24.

bne IntelliNews has since March 4 run reports questioning Turkey’s reporting of its coronavirus outbreak. On March 4, the question arose of how it was that Turkey—neighbouring Iran, a country of 82mn that is at the epicentre of the Middle East’s COVID-19 difficulties—was yet to report a single coronavirus infection. The first officially reported infection came on March 11. By late on March 24, there were officially 1,872 recorded infections, with 44 related deaths (up seven on the day).

On March 18, Alpay Azap, a medical professor and member of the Turkish health ministry’s Science Council, said Turkey had lost its chance in the pandemic to be a “Singapore” or a “Hong Kong” and needed to spend all of its available energy on not becoming an “Italy” (with the loss of 6,820 lives by March 24, Italy has endured the worst COVID-19 impact of any country in the world). Two days earlier,  Turkish Medical Association (TTB) chairman Sinan Adiyaman told local TV channel Tele 1 that the number of coronavirus diagnoses in a Turkish metropolis had exploded.

Ahval on March 24 reported Steven A. Cook, a senior fellow for the Middle East and North Africa at the Council on Foreign Relations, as saying he believed Turkey’s outbreak began before it was publicly reported. “People inside Turkey told me that there was a significant increase of pneumonia cases early on and that the government was trying to suppress diagnoses,” he told the publication. “That suggests you’ve had an outbreak longer than the government is reporting.”

In further remarks, Harvard’s Altindis said that “when we look at President Recep Tayyip Erdogan’s speech [on the new measures to battle the pandemic] we do not see any sign of an intensive testing and of plans to shut down the big cities”. South Korea, the professor noted, was successful in curbing the pandemic because it tested 20,000 people a day, while China was successful because it shut down the city of Wuhan. But according to Turkish Health Ministry data, Turkey tested 3,656 people on March 20, 2,953 people on March 21 and only 1,758 people on March 22.

“Either the government is hiding the real numbers [of cases], or silly things are happening in Turkey. The Turkish government is making propaganda to show that the process is being managed well. They know this situation will have very severe political and economic consequences,” Altindis continued.

“There are 10 million blue-collar workers in Turkey who work for a minimum wage and there are people working in the service sector. I sadly say that it is very hard to be hopeful for our people who are in the high-risk group under the rule of a governing model that does not respect the WHO [World Health Organization],” Altindis was further cited as saying, adding that he feared the government had no economic support model to help these workers through the duration of the pandemic.

Turkish Health Minister Fahrettin Koca on March 23 dismissed calls for a general curfew in Turkey, telling a press conference that each citizen should declare his or her own state of emergency.

Meanwhile, columnist Murat Yetkin claimed on his Yetkin Report blog on March 24 that Turkey has refrained from pursuing a full lockdown to counter the spreading of the coronavirus because of resistance from Erdogan.

Research involving Oxford University academics is indicating that Turkey’s rate of new COVID-19 diagnoses is running at one of the highest rates in the world but, according to Yetkin, the country’s administration has held back from the heavy lockdown because “the Science Board [for the coronavirus] and health minister have been unable to convince Erdogan”.

He speculated that Erdogan may have stopped short of the restriction because of his reluctance to enlist the army to control Turkish cities’ streets—Erdogan survived an attempted military coup in July 2016.

March 24 also brought a column from Hande Firat published by daily Hurriyet newspaper—owned by Demiroren Group, known for its close ties with the Erdogan administration—in which she said a comprehensive lockdown in Turkey should be the last resort as it would bring the country’s economy grinding to a halt, .

“How long could the state and private sector bear [a full-scale lockdown]? What would its effects be and how long would they last?” Firat asked.

Another Hurriyet columnist, Abdulkadir Selvi, wrote on March 24 that the option of a lockdown was still on the table.