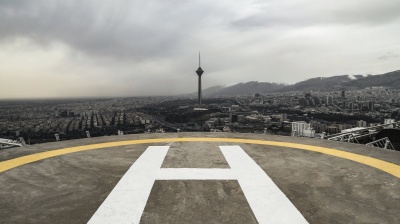 As Tehran continues to creep outwards, moves are under way to take away its status as the Iranian capital.
By bne IntelIiNews September 22, 2020

Khatam al-Anbiya Construction Headquarters (“Seal of the Prophets”), the major engineering firm controlled by Iran’s Islamic Revolutionary Guard Corps (IRGC), has said it is prepared to at no cost assist the government in relocating key industries and administrative centres of Tehran as part of a programme to take away the city’s status as Iran’s capital, Entekhab has reported.

Greater Tehran’s population has surged to 14mn people since the 1979 Islamic Revolution. The city and its surrounding areas serve as the lynchpin of the Iranian economy, with the boom in the number of new inhabitants driven by government administrations offering large tracts of land to people arriving from the provinces. In more recent years, due to a lack of development space and declining real incomes amid Iran’s economic woes, buying a property in the capital has moved beyond the reach of most city dwellers and has become impossible for almost anyone wanting to move there.

Abolfazl Abutorabi, a member of parliament for Tiran, Krone and Najafabad was quoted as saying he had held several discussions with parliamentary and government representatives about ongoing plans to relocate key Tehran industries and universities, including several campuses and automotive companies such as Iran Khodro (IKCO) and SAIPA Khodro.

Kicked around the issue

Successive Iranian governments have kicked around the issue of creating a new capital for the country of 84mn. Yet a big concern is that if a massive earthquake were to strike the city, it could kill unimaginable numbers of people because of poor construction that has taken place over the past century.

Abutorabi was further cited as saying that removing industries from the capital would help reduce stress on Tehran’s infrastructure and serve as part of a broader plan to depopulate the bulging city, adding: “Khatam al-Anbia Construction Headquarters sent a letter to the president, with no request for funds from the government. It has stated that the group would help execute the ‘departure’ of the capital status from Tehran.”

President Hassan Rouhani has reportedly sent a letter to the Ministry of Roads and Urban Development concerning pushing ahead with the action plan to move the capital after the coronavirus (COVID-19) crisis passes.

The MP said that if planning was correctly conducted, much of the over-stretch suffered by Tehran could be significantly reduced over the next few years.