Government may delay Yarovaya data law requirements for one year, due to pandemic 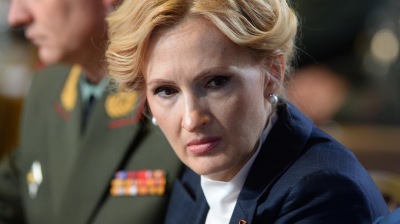 The government may delay Yarovaya data law requirements for one year due to pandemic that will save telecom companies $1bn of investment obligations
By bne IntelliNews May 20, 2020

The government may delay imposing part of the investment obligations on telecoms companies under the so-called Yarovaya law for a year to ease the pressure during the pandemic, a source close to the matter told Interfax on May 19.

The government could soften the data storage requirements introduced last year, which have also been dubbed the “Big Brother” law, that will cost telecoms up to $1bn in investments in technology to comply, according to analysts' estimations.

According to Interfax, a clause to delay the implementation was included in the draft of Russia's economic recovery plan, which was discussed at a government meeting on May 18.

The Yarovaya law obligates carriers and internet providers to store voice data, text messages (since July 2018) and electronic messages (since October 2018), and to increase their storage capacity by 15% per year in the five years after the law took effect.

As part of the government’s relief package the new proposal would postpone the requirement to increase storage capacity by 15% a year for at least a year, although the industry has been lobbying for a two-year delay. The clause also says that the investment capital saved from not making these investments should be reallocated to network modernisation and expansion. If approved, the draft bill will be submitted to the Duma in December.

Sberbank CIB estimates that the Yarovaya-related capex bill for carriers and internet providers at about RUB10bn per year on average in 2020-21. The analysts believe that proposed measures would almost cut this in half, which "could partially offset the rise in capex stemming from network upgrades and ruble depreciation."