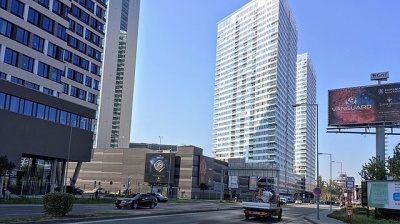 Soon after the COVID-19 pandemic landed in Europe over a year ago, the European Union (EU) triggered the Stability and Growth Pact (SGP) escape clause, dumping the EU government debt and fiscal deficit ceilings. The SGP clause assumes a back to business-as-usual after the effects of the pandemic wear off. Nonetheless, there is a consensus among economic observers that the disruption caused by the pandemic offers a window of opportunity to reform these fiscal rules before they are reinstated, piggybacking on the joint fiscal response to the pandemic that was previously unimaginable.

The SGP rules – designed to ensure that EU members engage in sound public finances and coordinate their fiscal policies – cap countries’ budget deficits at 3% of GDP, and public debt at 60% of GDP. But the rule suspension afforded member states the liberty to pursue different macroeconomic policies – reigniting the debate around such targets.

One of the reasons why the SGP has been criticized is for imposing fiscal austerity during recessions. Its critics argue that it should more effectively balance debt sustainability with fiscal stabilization when shocks hit, but such an undertaking would require even more complex rules. Research suggests that the inherently pro-cyclical corrective arm of SGP is an important driver of euro area fiscal policy. It is the preventive arm – designed to avoid the need for such pro-cyclical policies – based on synthetic, hard-to-measure indicators such as the output gap – where reform efforts should concentrate.

No formal proposals by the European Fiscal Council or the European Commission have so far been submitted for consideration. But Olivier Blanchard and his colleagues have brought ideas on how to redesign EU fiscal rules, emphasizing a transition towards qualitative standards that leave room for judgment to replace the existing country and time-invariant rules. In that way, each member state would manage its own fiscal matters with an eye on debt sustainability, along the lines of New Zealand’s “principles of responsible fiscal management”.

The obvious benefit of such a standards-based approach is that it could address the measurement problems under the current framework. Instead, countries would basically target “debt sustainability with high probability”, accounting for the evolution of the primary budget balance, the cost of debt, the nominal growth rate, and existing policies.

But this brings with it the complications of monitoring, enforcement and adjudication, as well as the fact that significant political capital is needed to pass and effectively maintain such a fundamental reform. The moral hazard argument is key: Unless accompanied by an additional enforcement channel, the worry is that “relaxed” fiscal rules could be misused by creative politicians guided by short-term populist goals.

Moreover, negative interest growth differentials (the difference between the average (implicit) interest rate that governments pay on their debt and the (nominal) growth rate of the economy) have become prevalent since the global financial crisis and are expected to prevail for some time. The usual link between high persistent inflation and fiscal profligacy no longer seems to hold, as evidenced by Eurozone inflation hovering well below the ECB target in the past decade, despite the loose policy stance. That generally improves the outlook for debt sustainability but may also misguide policymakers to conclude that debt sustainability is not an issue at any given level of primary deficit.

From the perspective of small EU countries, particularly newer EU members, there are additional implications around relaxing fiscal standards. Newer, smaller EU members face greater risk and higher uncertainty with changing interest rates. Any possible increase of the sum of EU countries’ debt disproportionately affects them, and their relatively greater dependence on foreign sovereign debt financing, which stems from the relatively small size of their national financial markets and the high degree of foreign ownership, gives them less freedom to manoeuvre in times of stress.

Indeed, we have been here before: the issue of dominant foreign ownership in small EU member states' financial markets surfaced during the 2011 Eurozone sovereign debt crisis, when foreign owners resorted to the financing of domestic bonds in times of financial turbulence. All of this means that, when assessing debt sustainability in small countries, no debt ratio is absolutely safe for small countries, even if the interest-growth differential remains negative.

Nursing the euro area economy back to health after the pandemic will necessarily be by accompanied by further deficit spending. This would be followed by a period of fiscal rebalancing. EU states will ideally realise that negative interest-growth differentials will not last forever and try to do this before the ECB steers course towards monetary policy normalization.

At the same time, the broader context of the present European fiscal architecture will be revisited, and rightly so. While an overhaul towards a “standards-approach” may not be currently viable, a targeted reform is desirable, as well as instruments that emerged in SGP’s aftermath, such as the more recent Recovery and Resilience Facility, which could be upgraded into a proper counter-cyclical fiscal instrument in times of shocks. But, when considering these reforms, we need to do so from the perspective of all member states, and bear in mind that even small economies have the potential to trigger much larger upsets.

Ivan Šramko is a former Chairman of the Council for Budget Responsibility, Governor of the National Bank of Slovakia, and OECD ambassador. Soňa Muzikárova is Chief Economist at GLOBSEC, a leading Central European think-tank.