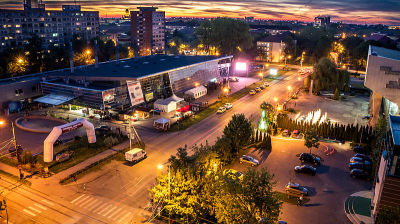 German car parts producer Draxlmaier, which already operates factories in five Romanian locations, took steps toward expanding its activity in the western city of Timisoara by building the first battery factory for electric cars in Romania, according to an Urban Zonal Plan (PUZ) consulted by transilvaniabusiness.ro.

The news came after Romanian developer Global Vision announced that it has already signed contracts with two other German investors in the automotive industry that want to launch and respectively expand their production in western Romania while the negotiations with a third investor are already in an advanced stage. This increases the concentration of automotive facilities in the western part of Romania putting pressure on the labour market but also increasing the vulnerability to external shocks.

Draxlmaier has asked Timisoara city hall for a new PUZ for the area, where it aims to expand its existing factory. The project includes five new buildings.

The complex designed by Draxlmaier’s architects will include five industrial halls concentrated around a core-building.

The project will be developed in two stages: the first stage, scheduled for 2020-2021, involves the construction of the first production hall with an area of 10,125 sqm while the second stage, planned for 2022-2030, will envisage the construction of the nucleus building with an area of 15,300 sqm and the remaining production spaces, according to the project submitted by Draxlmaier to the city hall.

The German company has 14,000 employees in Romania, at production units in Brasov (Codlea), Hunedoara, Pitesti, Satu Mare and Timisoara.