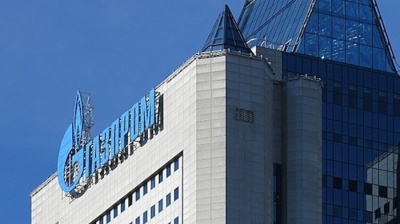 The supplier reported a net loss of RUB116bn ($1.64bn) for the three months ending March 31, versus a net profit of RUB536bn a year earlier. However, Gazprom’s deputy chairman Famil Sadygov noted in an earnings call that this was only a loss “on paper”, owing to a 30% fall in the value of the ruble during the period and write-downs made to reflect lower oil prices.

“Under these conditions, the financial results that the company showed in the first quarter can be considered, to put it mildly, not bad,” he said, estimating that Gazprom would have achieved a RUB288bn net profit, excluding the forecast effect. It will use this figure to calculate its future dividends.

Gazprom delivered 51.6bn cubic metres of gas to Europe and other countries outside the former Soviet Union in the first quarter, which is 17% less than a year earlier. The average price at which it sold this gas also dropped 37% to RUB10,800 per 1,000 cubic metres, or around $152.

In a research note, the director of Moscow-based BCS Global Markets, Ronald Smith, warned that although the results were above expectations, Gazprom will face “rough seas ahead.”

“The situation on the European gas market is abysmal, with prices and volumes both off sharply,” he said in a research note on July 14. “In short, the second and third quarters of 2020 will probably be the worst quarters for Gazprom’s European gas export revenue in over 15 years.”

Gazprom is Europe’s top supplier, covering nearly 40% of its total demand. But over the past year it has faced stiff competition from new LNG suppliers, namely in the US. LNG imports are generally cheaper than Gazprom’s gas at present, as around a third of the Russian firm’s supplies are wholly or partially indexed to oil prices, with a time lag of around six to nine months. This makes them uncompetitive after a sudden price collapse such as the one in March.

Besides the fallout from the coronavirus, Gazprom faces another threat from Washington lawmakers. A bill that would impose additional sanctions on the company’s Nord Stream 2 pipeline is currently making its way through US Congress, punishing any international firms assisting with construction.

As NewsBase has reported, it is questionable whether US efforts could prevent Gazprom from finishing the pipeline’s remaining 6%. Gazprom already has two Russian pipelaying vessels in the area.

Furthermore, Germany strongly opposes US interference. The chairman of the economic and energy committee of Germany’s Bundestag, Klaus Ernst, addressed US senators and representatives in a letter this week, urging them not to support the sanctions bill.

“As elected representatives of the American people, you undoubtedly and rightfully resist all attempts to interfere in the internal affairs of Texas, Wisconsin or Pennsylvania,” he said. “Europe, in turn, expects that you will respect the decisions that were taken democratically within the European Union.”

“The extraterritorial application of US sanctions undermines the transatlantic partnership and damages the reputation of the US and the US economy in the EU,” he continued.

No test results to back up Russia’s coronavirus vaccine but Russia will mass produce anyway
MOSCOW BLOG: Does Lukashenko have enough forces to oppress the entire country?
MOSCOW BLOG: Europe must act and stop the arbitrary terror Belarus President Lukashenko has unleashed on his people