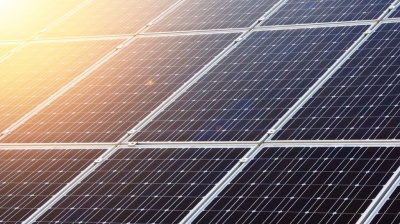 French renewables company Voltalia has won a tender for the construction of the 140 MW Karavasta photovoltaic park in southern Albania worth €100mn, Albanian PM Edi Rama announced on May 27.

The project is expected to be the largest solar park in the Western Balkans and will cover an area of 198 hectares.

“Unthinkable just a few years ago and becomes a reality, thanks to a long work and tireless perseverance,” Rama said in a Facebook post.

Nearly 30 foreign companies and consortia were interested in the Karavasta project but only five from various countries including China, Germany and India remained in the race.

Albanian Minister of Energy and Infrastructure Belinda Balluku was cited by broadcaster RTSH as saying that the French company has met all the conditions.

"This is a record low price for all energy parks. The offer is extraordinary," she said.

The European Bank for Reconstruction and Development (EBRD), which is working with the Albanian government to develop the solar sector, said the price offered “confirmed the value of preparing a tender in line with international best practice”.

“This shows the power of markets. If you run a well structured tender then the private sector can deliver public goods in fantastically competitive and imaginative ways,” commented Harry Boyd-Carpenter, EBRD director, head of energy EMEA.

Voltalia is part of the large French group Mulliez, controlled by the family of the same name, one of the five richest in France.

In 2018, Voltalia bid to build another Albanian photovoltaic park, Akernia in Vlora, but the contract was awarded to an Indian consortium.

Tirana is seeking to develop the country’s solar potential to reduce its dependence on hydropower. “Albania has great potential in solar. This first project will diversify the country’s energy sources, increase its resilience to climate change, and bring in much needed foreign investment,” said Matteo Colangeli, EBRD head of office in Albania.

Albanian PM warns of second lockdown if measures are not respected

Albanian Prime Minister Edi Rama once again urged people to respect anti-coronavirus measures on October 19, emphasising that otherwise the country will face a second lockdown. The country is ... more

Albanian football teams announced a major protest in front of the PM Edi Rama's office on October 10 after Rama turned down requests for more financial support for the country’s soccer clubs, local ... more

The International Monetary Fund (IMF) said that the Albanian authorities should increase tax revenues to sustain the higher spending needs of the people and the economy. The statement was released ... more