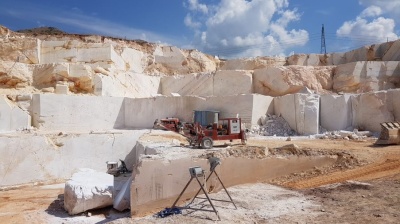 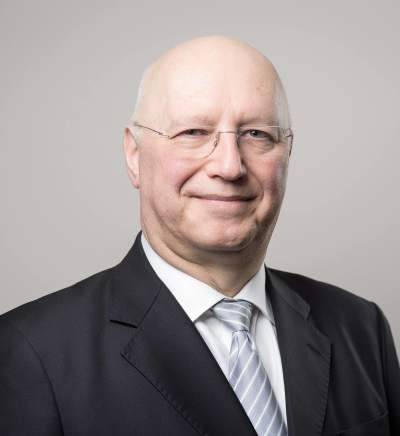 Fox Marble is developing world-class marble deposits that have long lain idle in the Western Balkans. Despite an ongoing arbitration with the Kosovan government, initiated last year over its failure to protect Fox’ investments, the London-listed company is committed to the region and, according to CEO Chris Gilbert, has its eye on additional assets.

The company’s history has been a chequered one. Since it listed on the London Stock Exchange’s AIM market in 2012, the share price reached highs of around GBX25.00 in June 2015, but since then has drifted lower and stood at just GBX2.35 as of February 14.

With its marble processing factory close to the Kosovan capital Pristina up and running since 2017 and having expanded in 2018, Fox was close to turning the corner in 2019, when an attempt to take over its assets was launched. While Fox successfully fought off the attempt, disappointed with the local authorities’ failure to provide the support required under Kosovan law, the company launched a €195m international arbitration claim against the state of Kosovo in September 2019.

“We [had] no choice but to do this, or we would not have been responsible custodians for our shareholders,” says Gilbert in a telephone interview with bne IntelliNews. He says the size of the claim was “robustly calculated on the basis of losses we have incurred and will continue to incur as result of the failure of the state to apply its own laws and regulations.”

While the outcome of the case is still unclear, Gilbert notes previous investor-state actions in Kosovo such as the very similar claim successfully pursued by Devolli Group over an investment in the telecoms sector.

Since Fox’s claim was filed, Kosovo has held a general election, in October 2019, and four months later the country finally has a new government, a coalition between the centre-left nationalist Vetevendosje and the Democratic League of Kosovo. Vetevendosje leader Albin Kurti took office as prime minister at the beginning of February.

While noting that Kurti has never held office before, Gilbert says: “we believe in his approach, which is: we want to clean things up, we want to make Kosovo a place that’s attractive to foreign investors, and we want to be open for business. That’s going to serve us very well indeed … we are confident of our opportunity to pursue this claim and win something for our shareholders, who have been very patient and long-suffering.”

Despite the litigation, Gilbert says, “we remain believers in what we doing in Kosovo. We are not retreating from Kosovo because the government have not behaved well.”

He refers to the combination of “world-class marble in the ground doing nothing” coupled with an educated, willing, dynamic labour force in a country where the average monthly wage is just over €300.

Margins in the marble business are “eye-watering”, says Gilbert. The industry is also highly fragmented, dominated by Italian, Greek and Turkish families, but with no single dominant company. The dimension stone business is worth around €16bn a year globally, but the turnover of the largest player, China’s Best Cheer, is just €300mn a year.

As a result, says Gilbert, “accessing the industry is easy if you can find the resource.”

A feature of the geology in Kosovo is that it is rich in natural resources such as lead and zinc as well as having a “vast quantity of very high quality, in demand marble which used to form the basis of a stone industry 100 years ago, but failed when the whole republic of Yugoslavia disintegrated after Tito's death. We came along and said we can do something with this,” says Gilbert.

The region also benefits from good road links, a legacy of the post-war international reconstruction efforts, with most of the marble from Fox’s quarries shipped out from Durres in Albania or Thessaolinki in Greece. Kosovo is part of the Central European Free Trade Agreement (CEFTA), which has a trade agreement with the EU and various other jurisdictions, making it quick and transparent to transport marble across international borders.

White marble from a quarry close to Fox’s in North Macedonia was used to build the Sheik Zaid grand mosque in Abu Dhabi. Fox has established its own reference projects; notably its “grigio argento” marble, dark grey with a gold vein, from Kosovo was used by Berkeley Group’s St George division to fit out the bathrooms in its €15mn penthouses in Chelsea Creek to differentiate them from other apartments in the luxury Thames-side development.

“This is a reference project for us. It demonstrates our marble not only can compete with Italian and Greek marble but actually, because we work in a very competitive labour zone, we are very competitive price-wise and our marble has found favour around the world as a consequence of that,” says Gilbert.

Another line of business is that Fox’s factory is now processing for third-party quarry owners as it is the only modern factory in the region, with all Italian equipment: “The demand on us for processing is greater than our capacity to provide, which is a nice position to be in." 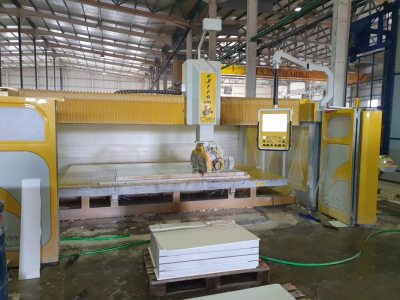 Beyond the two asset strategy

Gilbert is a serial entrepreneur who has come to the marble business after founding successful music companies. Last autumn, he beefed up Fox’s senior management with two important appointments: the company’s new senior adviser Don Nicolson, who has 26 years’ experience at BP and is a former chairman and interim CEO of Spain-based stone quarrying and processing company Levantina — “you couldn’t ask for a more heavyweight, experienced capable pair of hands,” says Gilbert — and Francisco Espinosa, also ex-Levantina, as chief operating officer.

While Gilbert cannot disclose exactly what the firm is planning for 2020, he tells bne IntelliNews: “Broadly speaking, we are expansionist in our attitude. We plan to focus on our two-asset strategy to get to the position where we have turned the corner; this is part of our budgeting and planning over the next six to 12 months. In the meantime, we have our eye on some assets which we think can be money producers in Kosovo and North Macedonia.”

He stresseds the amount of resource in the region "sitting there doing nothing”, and says the company is keen to develop the business beyond its current two-asset strategy focused on its Prilep quarry in North Macedonia and processing factory in Kosovo.

He acknowledges the company’s “loyal and long-suffering shareholders” that have stuck with Fox over the years, and that it has taken longer than expected to make progress.

“We have taken a long time to get to the position we are in at the moment — longer than we said we would. We put a lot of energy into it, and it wasn’t immediately visible, but [the results are] starting to flow through now,” he says.

“This is a very high-margin business, in a very low-cost region. We estimated that our marble and our project is hugely desirable, and now we have reference projects to prove that. Our job now is to expand on the base that we’ve painstakingly built over time to create a profitable and successful business."