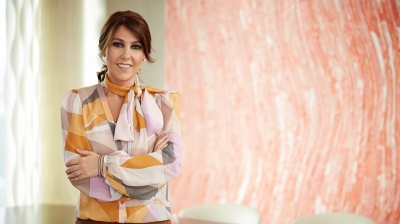 She has been there before, but as part of her family’s fortune, not in her own right. In 2008, she ranked number 1,062 on Forbes list of the World’s Billionaires, with an estimated net worth of $1bn. Her wealth was due to her stake in her family's holdings, but that soon dropped below the nine-zero threshold, pushing her off the list the following year.

Boyner’s father, Aydin Dogan, is also a billionaire, worth an estimated $1.1bn. An ex-media mogul, he built his fortune from the media industry and he was pushed by the government to sell his media holding in 2018.

Boyner’s 21.5% stake in Hepsiburada was worth just under $1bn at market close on July 6 as the company’s market value stood at $4.58bn. She holds 71% of the company’s voting power.

In 2000, Boyner, who was working at Dogan Holding’s internet group Dogan Online, purchased a small online computer seller called Infoshop and renamed it Hepsiburada, which in Turkish means “everything is here.”

She has served as the company’s chair ever since and she quit her father Aydin Dogan’s Dogan Holding in 2008.

Hepsiburada began by selling electronics, but morphed into Turkey’s equivalent to Amazon, selling everything from cosmetics and home decor to garden appliances and pet toys.