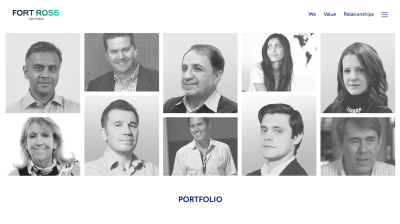 The Fort Ross Ventures fund aims to invest $100mn into projects across Eastern Europe
By EWDN in Moscow September 24, 2020

Dubbed ‘Fort Ross Seed Fund,’ the new venture vehicle is the third fund managed by Fort Ross, following SBT Ventures I and II. It has already received support from Sberbank, the historic backer of the Fort Ross funds. The state-controlled Russian financial and technology giant is committed to inject RUB2bn (some $27mn at the current exchange rate) into the new fund, which aims to raise RUB8bn (more than $100mn) in total.

The fund aims to invest in some “200 startups” at the seed and Series A stages. It will support their international expansion as well as their “integration to the ecosystems of leading Russian corporations including Sberbank.”

In an exchange with East-West Digital News, Fort Ross Investment Director Egor Abramov confirmed that Fort Ross Seed Fund will be more focused on “Russia and [neighboring] CIS countries” than the two previous Fort Ross funds, which had a larger target area including the USA and Israel. Abramov did not specify, however, which countries exactly in Russia’s neighborhood (such as Ukraine, Belarus or Armenia) would be covered.

The new fund will also consider investments in “startups with a visible Russian/CIS angle,” conducting or planning to launch activities in Russia while being based outside Russia.

Abramov believes the investor composition of Fort Ross Seed Fund could be “quite close to that of SBT Ventures II.” Launched in 2017, this fund collected as much as $235mn from more than 40 different LPs, including corporations, family offices and private individuals. (SBT Ventures I, created in 2012, did not exceed $110mn, brought essentially by Sberbank.)

While the Fort Ross VC firm conducts its activities from the US, Israel and Russia, the headquarter location of the new fund has not been decided yet.

Are Fort Ross’s connections with Sberbank and Russian staff an issue for the firm’s international activities? “Quite frankly, we don’t have any difficulties with startups even in the US. Actually, we tend to ‘sell’ our Russian angle to startups as an opportunity for them to work with the Sberbank ecosystem and to enter Russian market with support from a trusted partner. And this is quite a lucrative opportunity for many early companies,” said Abramov.

“Moreover, we co-invest with tier-1 VC firms and they never had any questions about these Russian connections,” he added.

A few international venture funds operate in the former Soviet Union. These include Acrobator Ventures, Mangrove Capital Partners as well as such new comers as The Untitled. Abramov considers them as potential co-investing or follow-on partners rather than competitors.

“Unlike the US and Israel, the Russian/CIS market is still far from being saturated by VC firms,” he said.