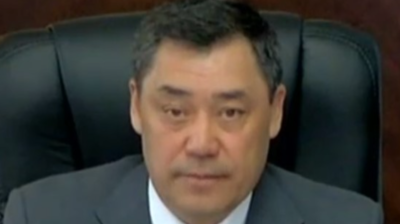 Kyrgyzstan’s new president, the populist Sadyr Japarov, has banned foreign companies from future large mining projects for gold and other minerals in the country. Existing licences are unaffected by the decision.

The move marks Japarov’s first major decision as president and bears a striking relation to his rise to power—Japarov was serving a prison sentence stemming from the October 2013 kidnapping of a provincial governor during protests over the Canadian-owned Kumtor flagship gold mine in Kyrgyzstan, but was last October busted out of jail by supporters amid the upheaval in the country sparked by demonstrations against a parliamentary election that opposition parties claimed was fixed.

The Kyrgyz economy is heavily reliant on gold mining, mainly on that which takes place at Kumtor. Centerra Gold, which owns and operates Kumtor, stands as the largest foreign investor in Kyrgyzstan.

Under the new mining order, the development of “subsoil areas of national importance” can only be conducted by state-owned companies.

Kyrgyzstan has been looking into options for developing its Zhetim iron ore deposit in recent months.

Fervent nationalist Japarov, who was inaugurated as president on January 28 after serving as interim president, embarked on his path to power in a fashion that caused the US embassy in Bishkek to express concern last October. The mission referred to the political developments in Kyrgyzstan as presenting a threat to the country’s democracy from organised crime.

The events of the past four months in Kyrgyzstan amount to the country's third revolution since 2005.

At the same time as the presidential poll, voters were asked to participate in a referendum on changing the constitution to grant sweeping powers to the president at the expense of the parliament. The official result of the referendum showed 80% of voters as in favour of what critics have dubbed a ‘Khanstitution’. It is set to enter force by June.

Nationalist sentiment in Kyrgyzstan has long been directed at foreign-owned entities benefiting from the country’s natural resources, with opponents citing examples they allege are at the expense of the population and the environment. Nationalistic attacks on foreign businesses were observed during the October turmoil prior to the fall of the Sooranbai Jeenbekov presidency.

There were attacks on gold mines that led to the temporary suspension of operations and development works, including one at Jeruy mine. Jeruy is the second biggest gold mining project in Kyrgyzstan after Kumtor. Its reserves are estimated at 88 tonnes and ore mining has already begun at its deposit. Jeruy is operated by the Russia-owned Alliance Altyn, set to be the country’s second largest gold producer.

Another prominent example of anti-foreign investor hostility in Kyrgyzstan came in February 2020 when mass protests caused the scrapping of a $275mn Chinese logistics centre investment.

Aside from gold, Kyrgyzstan depends on remittances sent home by Kyrgyz migrant workers in Russia and on trade with neighbouring China—both of these revenue sources have been seriously hampered by the ongoing coronavirus pandemic.

The country’s GDP fell by 8.6% in 2020, marking the biggest decline in Kyrgyz economic output in 26 years.