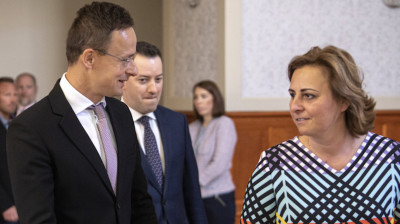 Swiss solar panel maker Flisom will build a HUF12.5bn (€35mn) plant in Kecskemet, it was announced on April 28. The company is going to establish its first high-capacity production unit outside of Switzerland in the central Hungarian town, which is also the home to Daimler's production plant.

The government is supporting the investment with a HUF3.5bn cash grant, Minister of Foreign Affairs and Trade Peter Szijjarto said on Tuesday. The investment will initially create 140 jobs but the Swiss management plans to triple production capacity over three years.

Flisom uses proprietary technology to design flexible solar panels for production that are 98% lighter than the others available on the market. These light and flexible panels can be applied to different surfaces due to their nature, such as lightweight roofs, building facades or curved surfaces. The solar cells are used in the construction, automotive, aviation, and space industries, among others.

Flisom CEO Rahul Budhwar said in a video message that they picked Hungary as the location for their first base outside of Switzerland because of the outstanding talent of Hungarian engineers and skilled workers and the significant support of the Hungarian government.

Photovoltaics capacity in Hungary has quadrupled from 2015 to near 1000Mw and the government plans to increase that six-fold in the next ten years. Hungary has considerable potential for solar energy with an average of 1250 kWh/m2 of sunlight per year, comparable to central France. Earlier this month, solar production set an absolute record accounting for more than a quarter of the total production.

The country's climate and energy strategy relies on nuclear power and solar energy as the two main pillars. By 2030 the government hopes that 90% of electricity production will be carbon neutral.

In related news, the Hungarian Investment Promotion Agency (HIPA) announced that in Q1 it successfully wound up negotiations on 17 projects bringing €334mn of investments to the country, which will create more than 1,430 jobs. The state investment agency said the number of ongoing negotiations was also broadly unchanged with around 100 projects worth more than €6bn still in the pipeline. The agency acknowledged that the coronavirus pandemic would likely affect investment activity in the future. Hungary recorded €5.3bn in FDI in 2019.