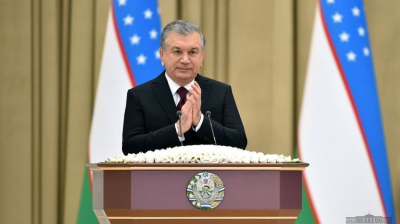 President of Uzbekistan Shavkat Mirziyoyev spoke with leaders from other Central Asian countries about the growing tensions in Uzbekistan’s autonomous region Karakalpakstan.

Rare protests in Uzbekistan’s autonomous Karakalpakstan region turned deadly in recent days as thousands of demonstrators took to the streets on July 1 in opposition to proposed constitutional reforms that would take away its right to secede. 18 people are reported to have died in violent clashes between protesters and law enforcers.

The events in Karakalpakstan follow violent unrest in other authoritarian Central Asian states, Kazakhstan and Tajikistan, earlier this year.

During Mirziyoyev’s telephone conversation with president of Kazakhstan Kassym-Jomart Tokayev, the Kazakhstani leader noted "the timeliness of the decisions of the Uzbek leadership to ensure stability in Karakalpakstan."

The president of Kazakhstan wished Mirziyoyev success in holding a referendum on amending the constitution, stressing that this event would be an important moment in the ongoing political and socio-economic transformations in Uzbekistan.

The recent riots in the region and their consequences also became one of the main topics of the telephone conversation between the president of Tajikistan Emomali Rahmon and Mirziyoyev.

Mirziyoyev's press service noted that Rahmon "expressed support for the efforts of the president of Uzbekistan to ensure stability and sustainable development in Karakalpakstan." The heads of states also exchanged views on the issues of regional security, as well as the interaction of the two countries within the framework of regional and international organizations.

President of Kyrgyzstan Sadyr Japarov noted that the Kyrgyz side perceived the ongoing events in Uzbekistan with great concern. He emphasised the timeliness, decisiveness and coordination of the actions of the government of the neighboring country, thanks to which the situation in Karakalpakstan returned to normal.

The president expressed confidence that the results of the constitutional reforms in Uzbekistan would lay a solid foundation for ensuring stability and serve as a reliable guarantor of the implementation of the country's long-term strategies.

At the end of the conversation, the leaders of the countries exchanged views on the upcoming meeting of the heads of state of Central Asia.

In total, 243 people were injured and 516 people were detained during the suppression of unrest by the security forces. The parliament of Uzbekistan made a formal decision on July 4 to maintain the status of sovereignty of Karakalpakstan in the draft amendments to the country's constitution.

The Karakalpaks are a Central Asian minority, present in the region prior to the Russian conquest, with the greatest political representation and autonomy, at least de jure. Karakalpakstan region was made autonomous in the 1930s by the Soviet government but chose to remain part of Uzbekistan following the breakup of the Soviet Union. In return, the Uzbek authorities allowed for a referendum on independence to take place 20 years later, which, however, did not take place.