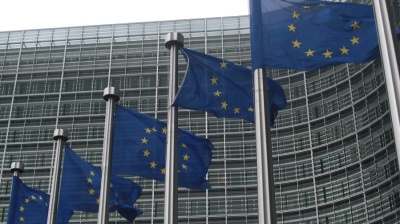 The European Commission (EC) said on October 22 that Bulgaria has made sufficient progress under the Co-operation and Verification Mechanism (CVM), while criticising Romania for backsliding.

The two countries have been seeking to exit the CVM for years. Monitoring under the mechanism was introduced by the EC as the two countries still needed to make progress in judicial reform, and the fight against corruption and (for Bulgaria) organised crime after their accession to the EU in 2007.

In the latest set of reports, the EC indicated that Bulgaria could be close to having the CVM lifted, but said it would take a final decision on whether to lift the monitoring after taking into consideration the opinion of the European Council and European Parliament.

The news was not unexpected as in its report in November 2018 the EC indicated that a year later the monitoring might be lifted if the country meets all criteria.

“The Commission considers that the progress made by Bulgaria under the CVM is sufficient to meet Bulgaria’s commitments made at the time of its accession to the EU,” the report noted.

At the same time, the EC confirmed setbacks to progress in judicial reform made in Romania in previous years and said it will keep CVM monitoring in place to follow further developments closely.

“Today's report takes stock of the situation since November 2018. It notes that since the last report the Commission has had to raise a number of times rule of law-related concerns with the Romanian authorities in relation to developments on judicial reforms and the fight against corruption. On each of these occasions, the Commission has confirmed backtracking from the progress made in previous years and this evolution is a source of great concerns,” said the statement from the EC.

From the beginning of 2017, successive Romanian governments have sought to overhaul the judiciary and undermine the work of the National Anticorruption Directorate (DNA) with changes widely seen as aimed at helping top officials avoid punishment for corruption.

However, the report noted the change in the Romanian government’s attitude since June — when the former leader of the ruling Social Democratic Party (PSD), Liviu Dragnea, the driving force behind these efforts, received a prison sentence and left the party leadership.

It welcomed the fact that in June, the Romanian government expressed a wish to reset the approach. But progress will require tangible steps, legislative and administrative, to address the recommendations summarised in this report, the Commission warned.

The Commission pointed to its recommendations as outlined in the November 2018 report for Romania to put the reform process back on track and resume the path towards the conclusions of the CVM as set out in the January 2017 report.

Romania’s Prime Minister-designate Ludovic Orban, who is likely to be formally appointed in November, said the recommendations should be implemented so that Romania will have the CVM lifted in the shortest possible time.

"A very serious analysis must be made of all the criticisms, objections, requests and recommendations in the CVM report. They must be corroborated with the views expressed by the Venice Commission and an action plan must be adopted to put the recommendations into practice,” Orban said.

He added that his National Liberal Party (PNL) will require expertise from the European Commission and the Venice Commission for the elaboration of amendments to the Criminal Code, the Criminal Procedure Code and the laws on justice.

“We need to take into account the views expressed within the CVM and put into practice an action plan to remove all these criticisms and views regarding justice in Romania,” said Orban.

Ana Birchall, justice minister in the outgoing government, said she would take immediate steps to draft an action plan for addressing the CVM Report recommendations as well. Birchall highlighted the EC’s comment on the improvement in the government’s attitude since June 2018 (when she took office).

Her statements come in contrast to the rhetoric of outgoing Prime Minister Viorica Dancila who criticised the CVM report as “discriminatory against Romania” and accused President Klaus Iohannis of exaggerating Romania’s corruption problems in his speeches to EU representatives.

Further reforms to the judiciary were also required in Bulgaria, said the report. The EC specifically noted that the country must put in place procedures concerning the accountability of the chief prosecutor, including safeguarding judicial independence.

“The Bulgarian government has submitted a request for an opinion and committed to fulfil the recommendations of the Venice Commission in compliance with the parameters of the Bulgarian constitutional order,” it noted.

The government has also pledged to repeal provisions in the Judicial System Act requiring automatic suspension of magistrates in case of a criminal investigation against them, and reporting of membership in professional associations. These provisions have raised many objections in Bulgaria as they were seen as a tool for putting pressure on independent magistrates.

Although the report’s conclusion seems to be a positive step, it notes that Bulgaria will need to monitor the continued implementation of the reform with a newly-established post-monitoring council. Moreover, that will feed into the future dialogue with the EC in the framework of the comprehensive rule of law mechanism.

“Both the internal post-monitoring and the EU-wide mechanism should support sustainability and irreversibility of reforms, even after an end of the CVM for Bulgaria,” the EC noted.

Bulgarian MEPs have praised the recommendation, claiming the CVM was discriminating against the country, which faces the same issues as many other EU member states.

However, the government and the prosecution have not yet commented on the report, unlike in previous years. This was seen as a sign that the report has raised concerns as from now on, if the CVM is lifted, Bulgaria will be sanctioned financially for every breach of the rule of law.

On the other hand, many Bulgarians believe the CVM has done little to motivate those in power to commit to true reforms and its removal is not of any importance.